Toulouse vs Monaco – Preview, and Predictions

Toulouse vs Monaco – Monaco defeated Angers 2-0 last Sunday at Stade Louis II to go back on the winning track after two straight losses to Clermont and Lille.

Wissam Ben-Yedder missed a penalty kick in the first half, but Breel Embolo and Aleksandr Golovin scored goals in the second to give his team a convincing win in the end.

The Monegasques are still in sixth position in Ligue 1, but they are currently tied with Marseille in fifth and are only three points behind Lorient in fourth.

When they face Toulouse on Sunday in Gameweek No. 14, they will be aiming for some road success. This weekend should be a great opportunity for Monaco’s attacking studs to flourish, as their opponents have not exactly been in great defensive shape lately.

In four of the previous five Ligue 1 games, Toulouse gave up at least two goals, including three in the difficult away loss at Lens last Friday.

However, we must admit that this season, Philippe Montanier’s team has consistently performed considerably better at home than on the road.

As a result, Toulouse has only lost once at home since the start of the season. They will also enter this game with a record of three victories and a tie in their last four league home games.

37 previous encounters between Monaco and Toulouse resulted in 17 victories, 14 draws, and 6 losses.
In the last 19 head-to-head matches between these two clubs in Toulouse, the draw has occurred 11 times, making it the most often result.

They are currently playing Monaco, a team with an aggressive mindset, and the head-to-head record between these two teams also points to a goal fest. 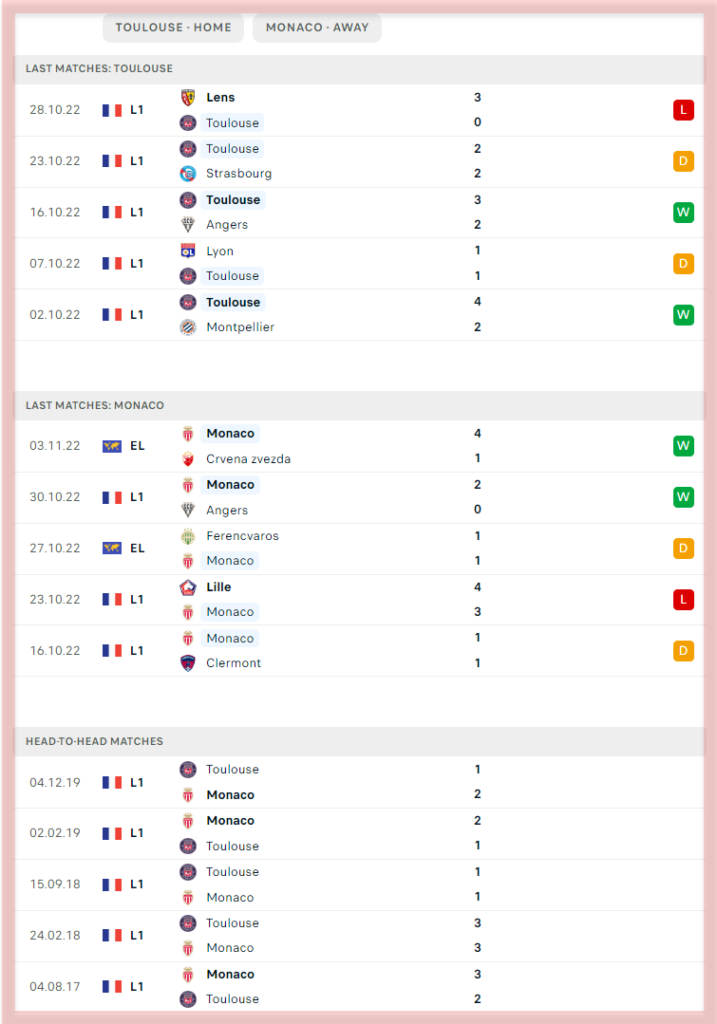