Toulouse vs Dunkerque – preview and prediction – team news, and lineups

Toulouse vs Dunkerque – Toulouse has been the most dominant team in French football’s second tier this season. The club will enter this match unbeaten in the previous three months. Following a two-year stint in Ligue 2, the club is among the favorites to return to the top-level next season.

They were last seen in an away match against relegation-threatened Grenoble Foot 38, in which they won 0-2, scoring two late goals to take all three points. The win was the club’s fourth in a row, extending their unbeaten streak to nine games. They are now three points clear of Paris FC at the top of the league table as a result of this.

Throughout the season, Dunkerque has been a disaster. However, the team is currently in a position to avoid relegation after gaining a third of their total points this season from their last four league games.

In their most recent league play, they defeated Dijon, a mid-table team, by a score of 2-1. It was their third victory in four league games. As a result of those nine points, they are now in the relegation playoffs, with twenty-seven points on the board and two points below the 17th-place team. 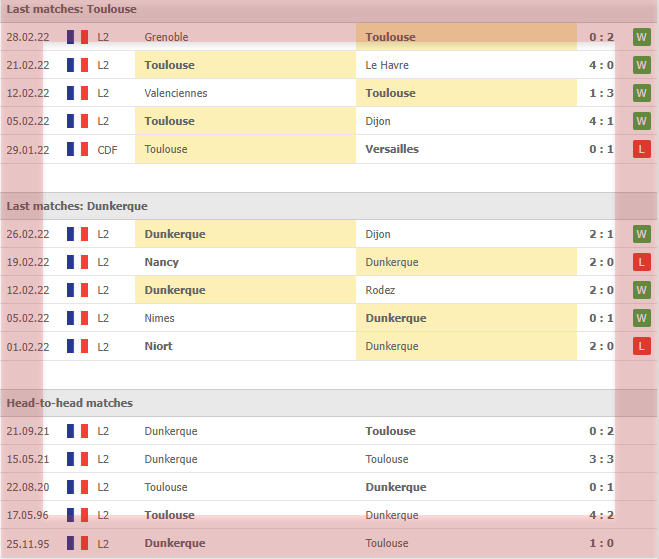