Tottenham vs Liverpool – Preview, and Predictions

Tottenham vs Liverpool – The previous occasion, Tottenham overcame a deficit to defeat Bournemouth. Tottenham Hotspur Stadium will now be the Centre of attention. As Liverpool, who have struggled to win this season, will square off against Antonio Conte’s team.

Antonio Conte and his team’s main goal in this match is to come away with all three points. The host will use this game as a yardstick to determine whether they are in the title race or not.

They won 3-2 over Bournemouth in their most recent league match. The game’s deciding goal was scored by Rodrigo Bentancur in the 90+2nd minute. The host team needed this win badly because they had lost their previous two games.

On the other hand, when they faced Leeds United, Jürgen Klopp’s team did not perform well. This season, the visitors’ poor defence has been the biggest contributor to their underwhelming performance. The three points Nottingham Forest stole from Liverpool surprised even their own supporters.

They suffered a 2-1 defeat against Leeds United in their most recent game. The game-winning goal was scored by Crysencio Summerville for Jesse Marsch’s team in the 89th minute. This is their second straight setback. Additionally, ten points separate the two sides going into this match.

The most recent two head-to-head contests that have been played have been tied, and the last time Spurs triumphed over this team at Tottenham Hotspur Stadium was more than five years ago.

In their last two trips to Tottenham Hotspur Stadium, the visitors have scored more than two goals. When these two sides last faced off, in May of this year, it finished in a 1-1 draw.

It’s important to note that this season, the visitors have only won 33% of their games. Additionally, they have dropped three of their last five road games across all competitions.

You can wager on the following since our initial prediction, a 2-1 Tottenham victory, is available at a 13.00 odd. It’s critical to realize that the visitors are not the same squad they once were, despite having a respectable record at Tottenham Hotspur Stadium.

Additionally, Jürgen Klopp’s squad hasn’t triumphed in a road Premier League game since May of this year.  The second game prediction we have for you is that Heung-Min Son will score anytime, at 3.40 odd.

Every time Tottenham plays Liverpool, he poses the biggest threat. He has scored goals in two straight games against this squad. 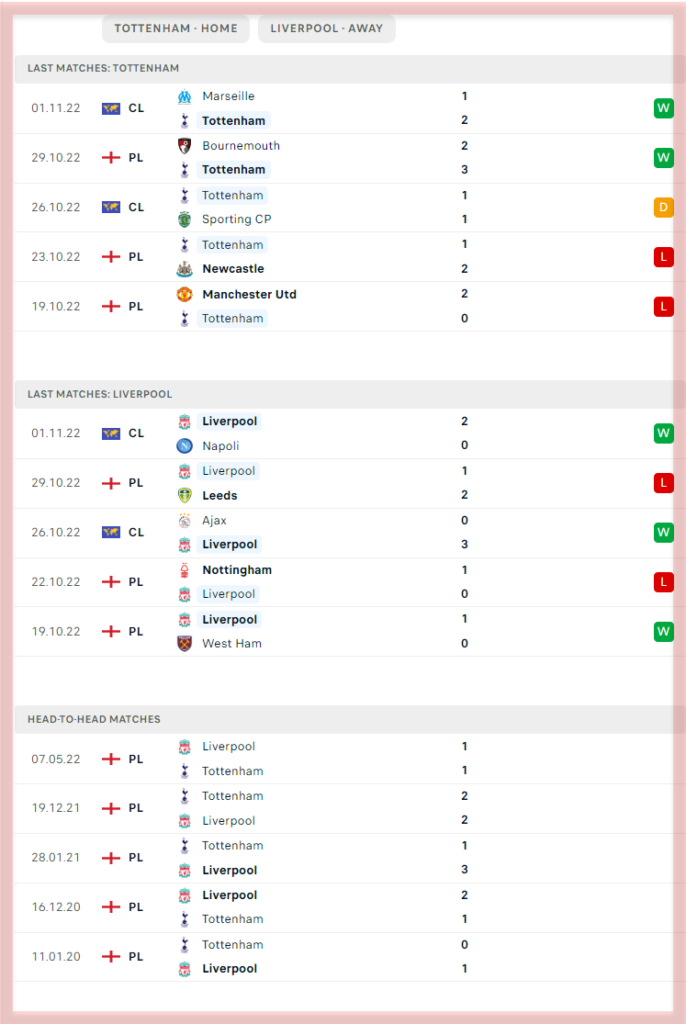