Tottenham vs Arsenal – Preview, and Prediction

Tottenham vs Arsenal –  Tottenham Hotspur (W60) and Arsenal (W79) will battle it out for UEFA Champions League qualification in the 191st North London derby. Antonio Conte’s revived ‘Spurs’ team are unbeaten in their previous seven league derbies (W5, D2) and will be confident of avoiding a defeat that may destroy their top-four ambitions and secure qualifying for their opponents.

Spurs earned their first Premier League point at Anfield since October 2021 with a 1-1 draw against Liverpool, and another tenacious showing might extend their unbeaten run of eight games (W5, D2).

Arsenal won their fourth consecutive game 2-1 versus Leeds United, with both teams scoring. Mikel Arteta had a fantastic week after signing a contract deal, but he understands they have work to do to get back into the UCL. “Winning any game is hard.

“We will prepare as best we can,” he declared ahead of his seventh North London derby as manager (W2, L2). Despite the growing competitiveness of this rivalry, there hasn’t been an away winner in a PL H2H since Arsenal triumphed 1-0 at Spurs in March 2014. It wouldn’t be surprising if the Gunners drew, having last done so in October (W8, L5).

Tottenham’s Harry Kane has 11 Premier League goals in this match, while Arsenal’s Eddie Nketiah has four in his past four Premier League games, three in the first 15 minutes. Rarely have these two teams met in a goalless first half. 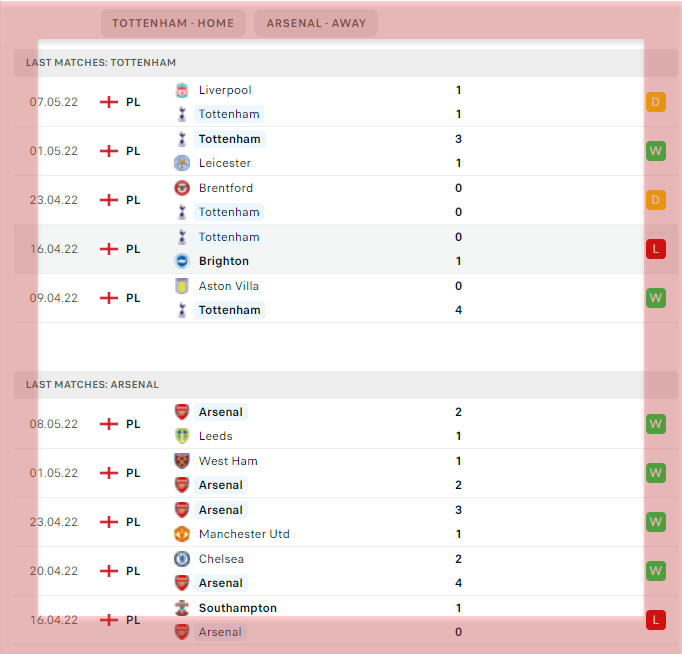