Tottenham relied on old faithful Harry Kane to get the job done against Brighton, with the England captain bagging a brace to keep Spurs’ faint dreams of silverware alive this season.

As Yves Bissouma scored a consolation for Brighton, Emerson Royal’s mazy run preceded his strike soaring into the back of the net via a large deflection from Solly March from a tight angle, and FA Cup giant killers Middlesbrough are now standing in their way of a quarter-final participation.

Ending Tottenham’s 14-year trophy drought, as well as guiding the club back into the Champions League, would be surefire ways for Conte to etch his name into the club’s history after less than a season in command, but defeat to previous club Chelsea did not help that bid before the international break.

Despite their seventh-placed position, the Lilywhites still have a chance to finish in the top four, as Manchester United are only two points ahead of Tottenham Hotspur in the final Champions League spot, having played two more games, and they also have games in hand over Arsenal and West Ham United.

Coventry City threatened an upset at St Mary’s as they went into halftime with a 1-0 lead thanks to a Viktor Gyokeres goal, and only a Stuart Armstrong wonder goal could force extra time on the Premier League grass.

In the fourth round, both of Ralph Hasenhuttl’s half-time replacements paid off, as Kyle Walker Peters put the Saints over the finish line in the 112th minute, before they return to their mid-table obscurity in the top division.

Kulusevski and Bentancur both made their Tottenham debuts off the bench against Brighton, and Conte may want to ease them back into the game as they prepare to play substitute duties again.

Dier may be ready to return to the matchday squad, but he won’t be risked right away, with the hosts expected to start with an unchanged lineup following a solid showing in the cup.

Meanwhile, in the Coventry triumph, Southampton defender Lyanco suffered a “quite serious” thigh injury, while Armando Broja will need to be checked after sustaining a knee injury.

Will Smallbone has returned to training, and Hasenhuttl may be ready to reintroduce Moussa Djenepo after the Africa Cup of Nations, but Nathan Tella and Alex McCarthy are still out.

Despite Willy Caballero’s heroics in the cup, Fraser Forster is expected to return to the first team, along with Walker-Peters, Mohammed Salisu, and Oriol Romeu. 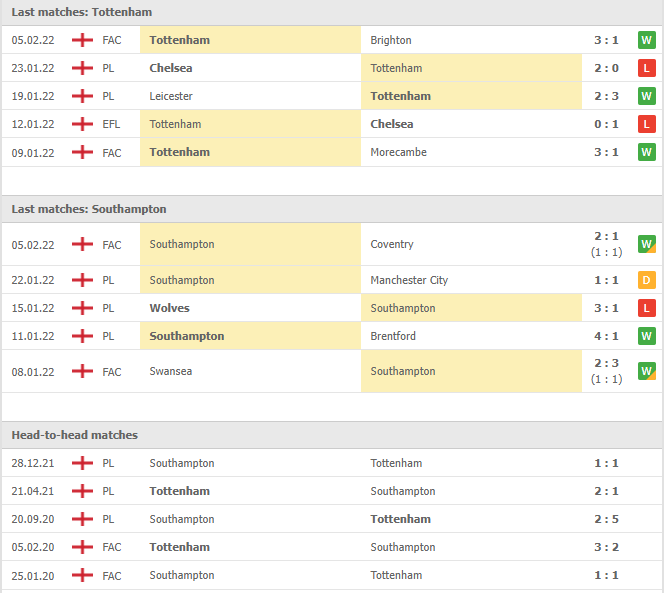 Tottenham’s penchant for scoring at home, combined with Southampton’s propensity to close the back door on the road, makes it tough to see Hasenhuttl’s side making the journey to London worthwhile.

Conte will make it clear to his players that dropping points in situations like this is not an option if they want to stay in contention for a top-four finish, therefore we can only back Spurs to win comfortably.