Torino vs Napoli – Preview, and Prediction

Torino vs Napoli – Napoli has been one of the finest teams in the Italian Serie A this season, and they are third in the table. Since they are already guaranteed a top-four finish (and consequently a place in the next Champions League), there is no harm in attempting.

Despite recent struggles to maintain form, they can take comfort in the fact that they have had a fantastic run of road performances. It also helps that they are facing Torino, who have been wildly unreliable recently. They haven’t won a game in a long time, and they’ve let up goals in abundance. They also have a bad record against this opponent. Taking all of these into account, Napoli should win this Saturday. The visitors had scored two or more goals in five of their previous six games.

Torino defeated Empoli 1-3 on the road last Saturday. But they’ve lost 11 of their last 14 games overall, and have just won once at home since mid-January. Against Sassuolo, Napoli won 6-1 at home, and had scored two or more goals in six of their previous eight games.

They had also won three of their previous four away games, and had only lost two league games on the road this season. And one of those losses was to defending champions Inter Milan. Given these facts and Napoli’s superiority in head-to-head matches, expect them to win on Saturday. 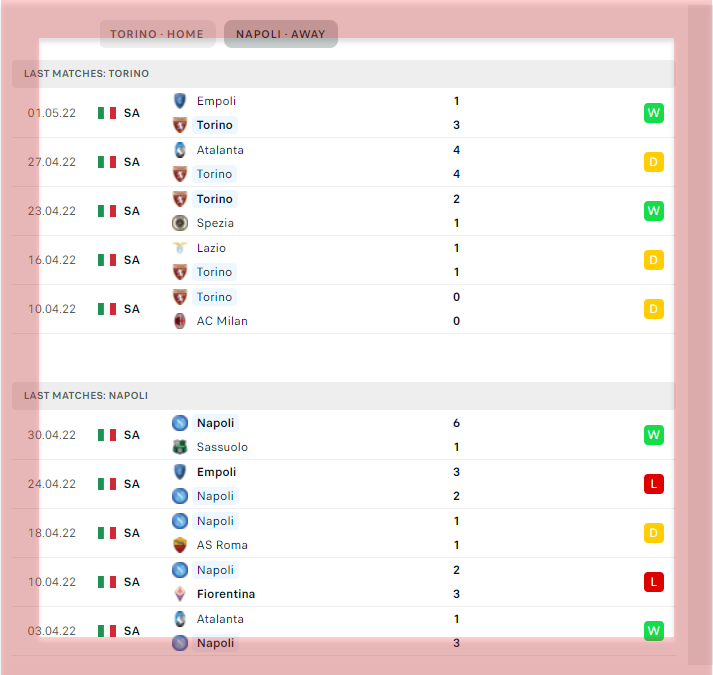