Tachira vs Independiente – Preview and Prediction

For the third time in four games, Alexandre Pallares’ squad failed to score and came away with a draw in San Cristobal. El Aurinegro are still in fourth place, however they are currently six points behind Metropolitanos in Venezuela’s Primera Division.

After being eliminated in the round of 16, the next game is the first step toward advancing to the semi-finals of this year’s Copa Sudamericana. The Tuesday night’s home team is undefeated in their past eight games in front of their fans and will seek to keep the momentum going.

This past Sunday at the Estadio Banco Guayaquil, a match between Independiente del Valle and Barcelona SC ended in a 1-1 tie. In the 37th minute, Martin Anselmi’s team gained the lead on a goal by Junior Sornoza, but they quickly gave it back thanks to a goal by Jhon Cifuentes.

Los Negriazules are are in fifth place, three points out of first place after four rounds of play in the Ecuador Liga Pro. The Tuesday night visitors are looking for their second consecutive road victory in the previous 30 days after a commanding 3-1 triumph in their most recent away outing.

Tachira vs Independiente – Head -to- Head 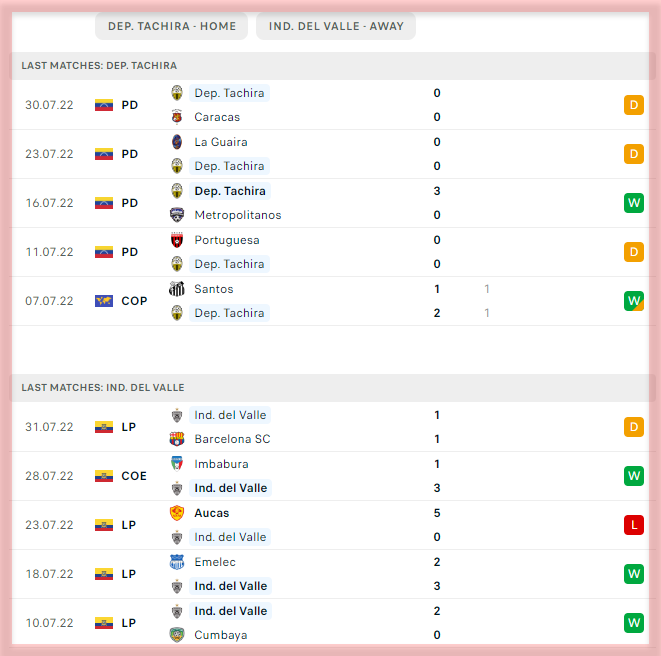