Sutton vs Salford – Preview, and Prediction

Sutton vs Salford – At Gander Green Lane on Saturday, Sutton and Salford will square off in English League Two. The 2-0 League Two victory over Hartlepool in their previous match is what Sutton supporters will want to replicate. They were able to move up to the tenth spot on the standings thanks to this victory. Both goals were scored in the second half by separate players, Randall and Beautyman.

It is important to note that Randall has 3 goals in his last 2 games. Although the squad lost the other game, they will have some hopes for him going into this match. Salford supporters will be hoping for a better outcome in the meantime after experiencing defeat last time out against Tranmere in a League Two match.

Salford has since allowed goals in six of their previous eight games, totaling seven goals scored by the opposition. Salford has been a little concerning at the back. In their last 7 games, the club has only kept 2 clean sheets. At this venue, their most recent meeting had ended in a scoreless tie.

For Sutton, Randall has scored in the previous two League Two games. Remember that he scored two goals before halftime as well. So, plenty of goals are to be expected here.

It’s vital to note that the Sutton team scored in each of their previous four League Two games. In addition, Gray’s side has scored 8 goals in their last four league games.

Salford had subsequently gone on a separate 2-match winless streak and had lost their previous three road games. Also keep in mind that they had conceded 9 goals overall in their previous 4 road games. Taking into account all of these findings, Sutton should prevail on Saturday.

Sutton vs Salford – Head To Head 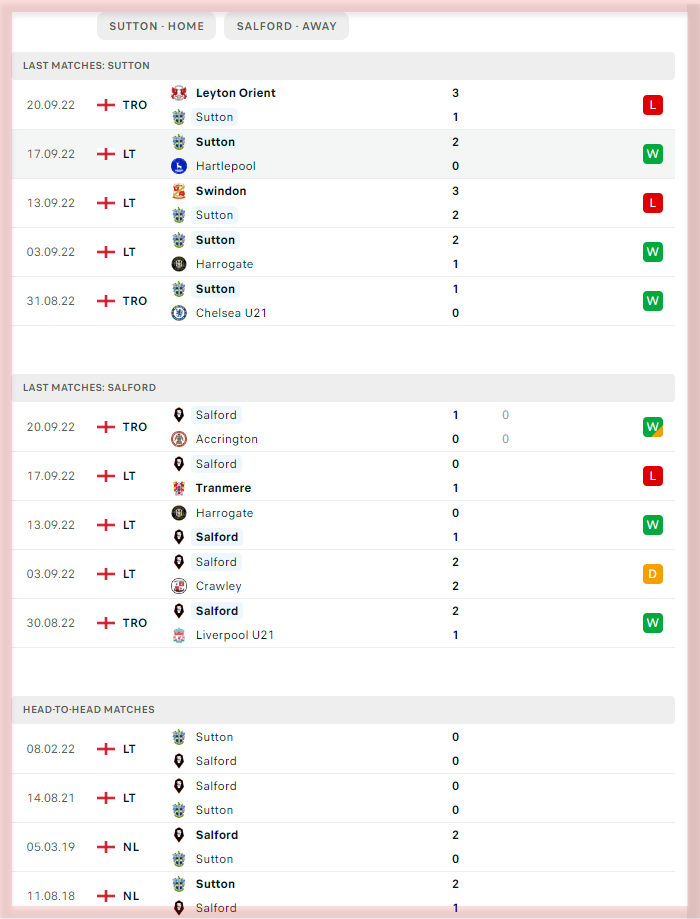