Sunderland vs Wycombe – Preview, and Prediction

Sunderland vs Wycombe – Both of these clubs have travelled so far only to return home empty-handed. Sunderland finished fifth in the table at the end of the regular season, and their offensive had been one of the strongest in the league all season.

Meanwhile, Wycombe ended sixth, behind by a single point, although they, too, had been scoring consistently throughout.

It’s also worth noting that the first round of the playoffs was so exciting that Sunderland advanced to the final after scoring the game-winning goal in the 93rd minute of the second leg, which was played on the road.

Expect plenty of goals when the two teams meet this Saturday. Both sides have scored in four of the last five meetings. The last three matches have all featured four or more goals. The most recent meeting between the two teams ended in a 3-3 tie.
Only once in the last five years has neither team failed to score a goal.

Sunderland has gone 15 games without losing, with 9 of those games being victories. It’s also worth noting that they’ve only failed to score in two of their previous ten games.

Finally, whenever these two have faced off in the past, goals have been plentiful. Based on these insights, this weekend should be a high-scoring contest. 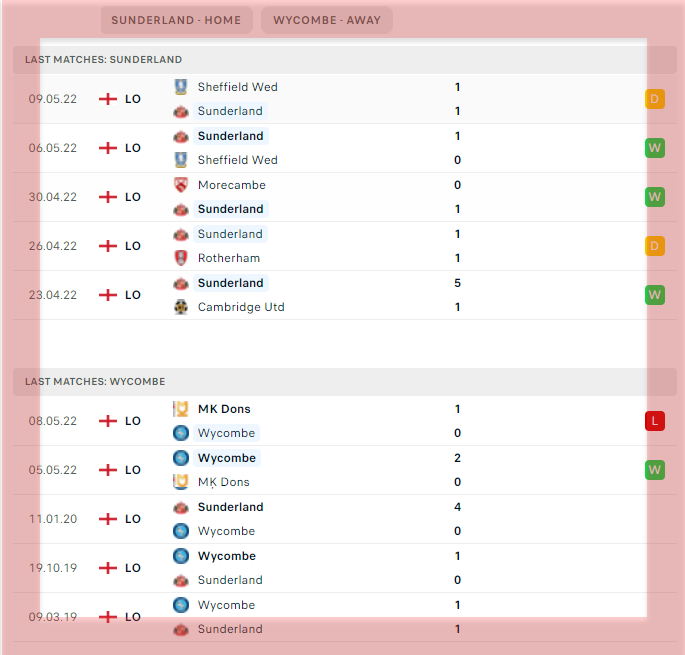