Sudtirol vs Ascoli – Preview and Prediction

Sudtirol vs Ascoli – Both Sudtirol and Ascoli are shown consistency in their offensive play. These two, though, are having trouble producing strong defensive performances at the same moment. Because of this, despite their greatest efforts, they are unable to reach the very top of the table.

Even though Sudtirol is now unbeaten, keep in mind that the majority of these games were draws. Currently ranked eighth, their failure to produce at home is a big factor in why they are unable to reach the top.

In actuality, they’ve only managed two victories at home since March, and they haven’t kept a clean sheet here since April. Ascoli, in contrast, is listed ninth in the table, just below their rivals for the day. They have so far performed admirably while traveling.

They haven’t lost on the road at any point throughout the campaign, with the exception of Perugia, who is currently in dead last. Moving forward, despite their successful road record, they have had few clean sheets.

The two teams will give it their all to win this weekend, mainly because they are placed close to one another in the standings and are separated by just one point.

Sudtirol scored two or more goals in their last two fixtures, and the last they failed to find the back of the net was back in August. However, do also note that they have a single clean sheet to their name in the past two months.

Going on, take note that the last they failed to score at home was back in May. But at the same time, they have a single clean sheet here since April.

On the other hand, Ascoli scored two or more goals in four of the previous six games, but they could manage to keep just two clean sheets in the last two months.

As these two teams take on each other this weekend, expect goals to come from either end of the pitch.

Sudtirol vs Ascoli – Head -to- Head 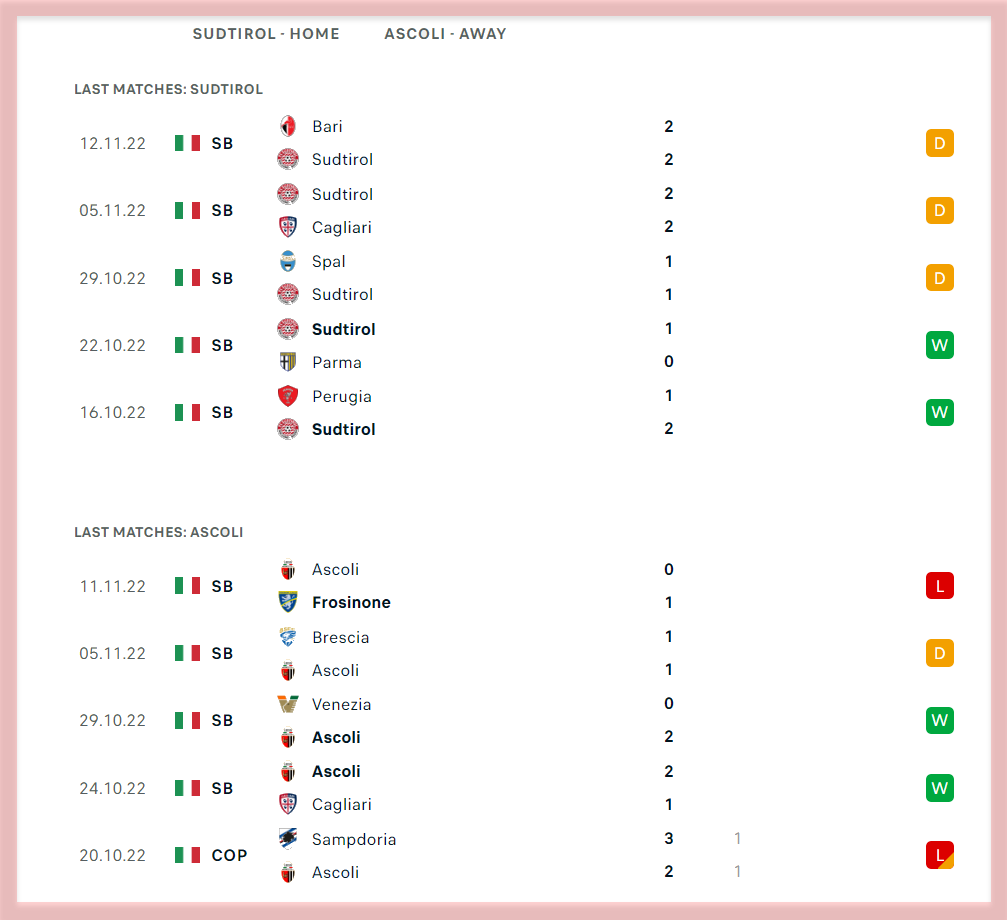