Stuttgart vs Augsburg – Preview, and Prediction

Stuttgart vs Augsburg – Stuttgart will be trying to improve on their previous performance here after losing to Borussia Dortmund 5-0 in their previous Bundesliga 1 match. Stuttgart possessed 40% of the game’s possession and 10 shot attempts, but only one of them was successful.

In five of the last six games Stuttgart has played, there have been at least three goals each game. In these contests, opposition teams scored 13 goals, while Stuttgart scored 13.

In their previous match, Augsburg and RB Leipzig played to a 3-3 draw in Bundesliga 1. In that game, Augsburg had 32% of the possession and 3 of its 9 shots on goal were successful.

Goals have been scored 26 times in the previous 6 games played by Augsburg, generating a mean average of 4.33 goals for each matchup, demonstrating their desire for exciting contests.

14 of these goals were scored by their opponents. Whether or if that trend will continue on this site remains to be seen. Prior to this match, Augsburg had lost all four of their league encounters with Stuttgart when they played them away from home. Not at all good.

Michael Wimmer, the manager of Stuttgart, is without Josha Vagnoman (Fitness) and Pascal Stenzel (Influenza). Enrico Maaßen, the manager of Augsburg, must make a selection from a group that has some fitness issues. Our prediction is that Stuttgart will score and maybe keep a clean sheet, and that Augsburg will have a difficult time getting past their defence.

Stuttgart vs Augsburg – Head -to- Head 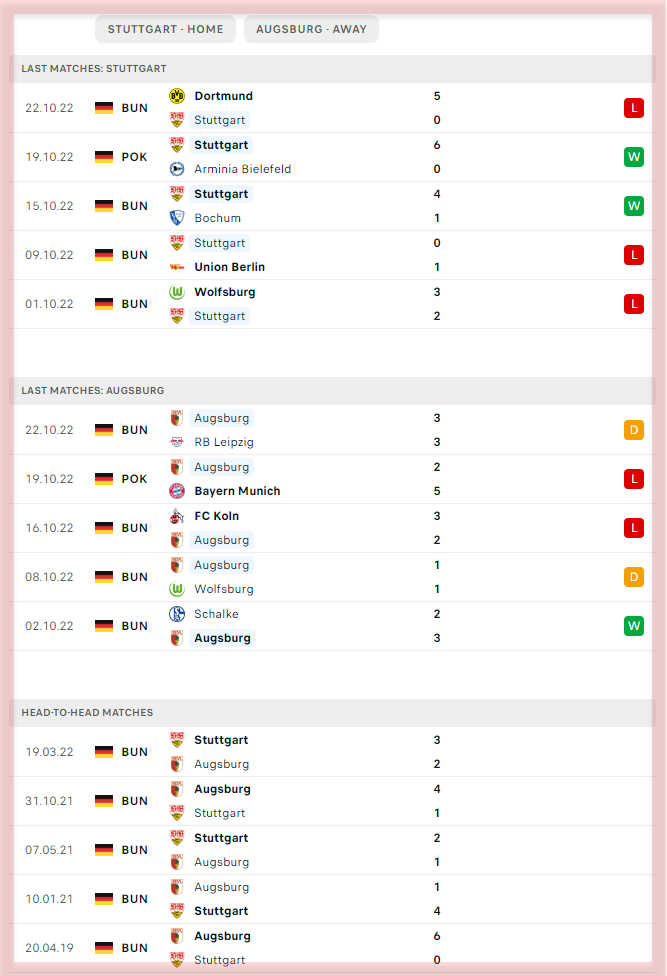