Stromsgodset vs Rosenborg – Preview, and Prediction

Stromsgodset vs Rosenborg –  This season has started off badly for Stromsgodset. This season, they have lost three of their four league games. Their subpar defensive and offensive lineup further adds to their dissatisfaction. As a result, they’ll be hoping for some stability in their future league games.

In their most recent league match, Stromsgodset suffered a humiliating 0-5 loss at home to Sandefjord. It was their third loss of the year. Such an early recording is not particularly impressive. Rosenborg, on the other hand, has enjoyed a good start with unblemished performances. This season, they have yet to lose a game. When considering Stromsgodset’s bad goal side, their possession of an average offensive and defensive line-up is sufficient.

Rosenborg’s most recent league match was a disappointing goalless draw at home against Molde. They’ve now gone four games without losing in the league thanks to the draw. Following such a collection of recordings, they will have had enough of spirits.

Stromsgodset’s recent home form has been disappointing. They’ve lost their last four home games, including friendly matches. Two of those four matches were at home this Eliteserien season, and both resulted in demoralising defeats.

Rosenborg, on the other hand, has gone undefeated in both of their road games this season. They’ve scored and conceded goals in each of those games, increasing the possibilities of betting on both teams to score. When we look at the numbers above, we can see that Stromsgodset is leaking goals in an alarming manner at home. Due to their poor recordings, we are backing Rosenborg to win this w=match when they meet in an Eliteserien match on Sunday. 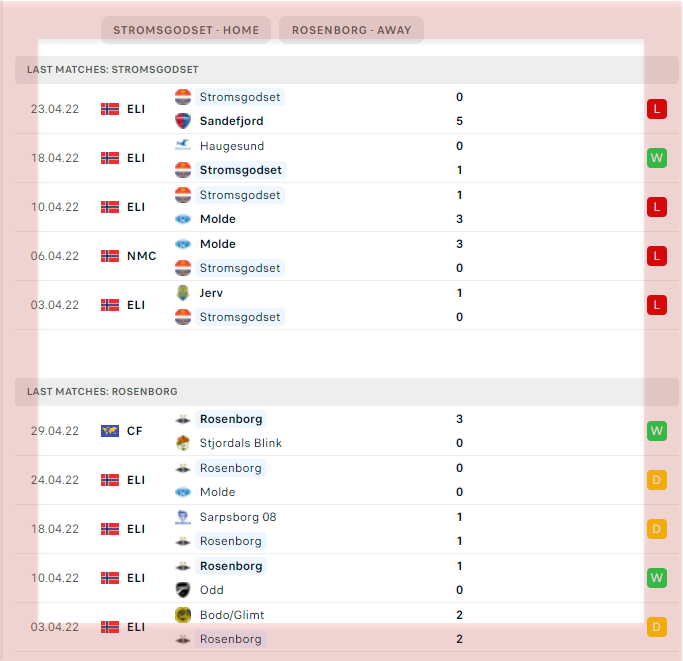