Shelbourne’s form and results have been erratic. Four victories, one tie, and five losses in the last ten matches. They’ve won two straight. The team is seventh with 18 points. Shelbourne scored against Drogheda United in the 51st minute and kept the lead till the end. FT: 1-0.

Both teams’ season-long form has been erratic. Shelbourne has won two consecutive matches while St. Patrick’s is unbeaten in three.

St. Patrick’s five-match home unbeaten streak ended against Derry City. Shelbourne did well away until their last two matches. The last two away games were losses. St. Patrick’s is favoured over Shelbourne in the next encounter. The hosts have scored in most second halves and should do likewise in this encounter. 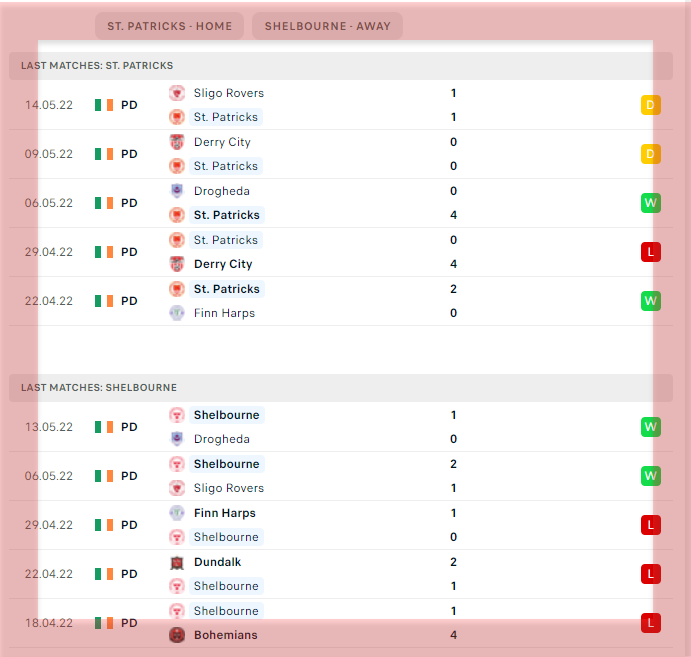