The Saints finished fifth in the Scottish Premiership last season and won a cup double, but it’s been a trying year for the club, which is bidding to avoid relegation.

St Johnstone hasn’t lost to Inverness since August 2016, which should give them confidence. They triumphed 3-0 when the two teams last met at McDiarmid Park.

Inverness finished third in the regular Scottish Championship season with 16 wins, 11 draws, and 9 losses. Billy Dodds’ team beat Patrick Thistle and Arbroath in the playoffs to reach this round. They’re currently one game away from returning to the Scottish Premiership.

Inverness has spent the last four seasons in the second division of Scottish football, but their performance in the second half of Friday’s first leg will give them confidence ahead of a challenging match at McDiarmid Park.

Caley Thistle, 2015 Scottish Cup winners, are unbeaten in all competitions since April 19.  After Friday’s encounter, head coach Dodds claimed his players now realise they are “talented enough” to compete at this level.

Inverness has given themselves a good chance going into the second leg, but we’re having trouble backing them here. St Johnstone’s greater skill across the park should eventually shine through, ensuring their presence in the Scottish Premiership next season. 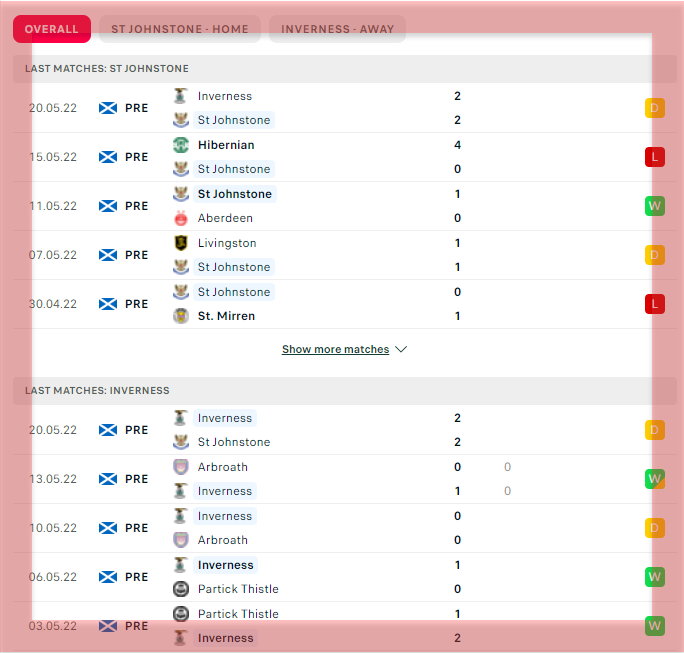