Sporting Lisbon vs Portimonense -Sporting Lisbon will want to build on their 0-3 victory over Eintracht Frankfurt in the Champions League last time around.

Sporting Lisbon had 56% of the possession in that game and made 8 efforts on goal, scoring on 5. Marcus Edwards, Trinco, and Nuno Santos all scored goals for Sporting Lisbon in the 65th, 67th, and 82nd minutes.

Eintracht Frankfurt had 11 shots total, but only 2 were on goal. The quantity of outcomes having a nil in them is an intriguing feature of more recent Sporting Lisbon matches.

A wager on “Both Teams to Score” would have lost in five of their previous six meetings, which came before this one.

Sporting Lisbon hasn’t lost to Portimonense in their last 7 league games going into this match. Portimonense enters this match on the heels of a 1-0 Primeira Liga victory over Famalico in their most recent contest.

In that game, Portimonense had 50% of the possession and 1 goal-bound shot out of 9 attempts. Pedro (64′) was the lone scorer for Portimonense. Famalico made 13 tries at goal, but just one of them was successful.

Recently, it has been clear that games involving Portimonense frequently result in at least one team failing to score. Five of their last six outings reveal that it has occurred.

In these matches, the opponents have scored a total of two goals, compared to Portimonense’s eight. Of course, a tendency like that won’t necessarily continue into the following game.

According to our predictions, Antonio Adan, Jerry St. Juste, Sebastian Coates, Matheus Reis,  Nuno Santos, Marcus Edwards,  and Francisco Trinco will all likely play for Sportinguistas in a 3-4-3 formation.

There is only one fitness concern for Portimonense coach Paulo Sérgio due to a group of players that are mainly healthy. Carlinhos (Unknown Injury) misses out for this game. 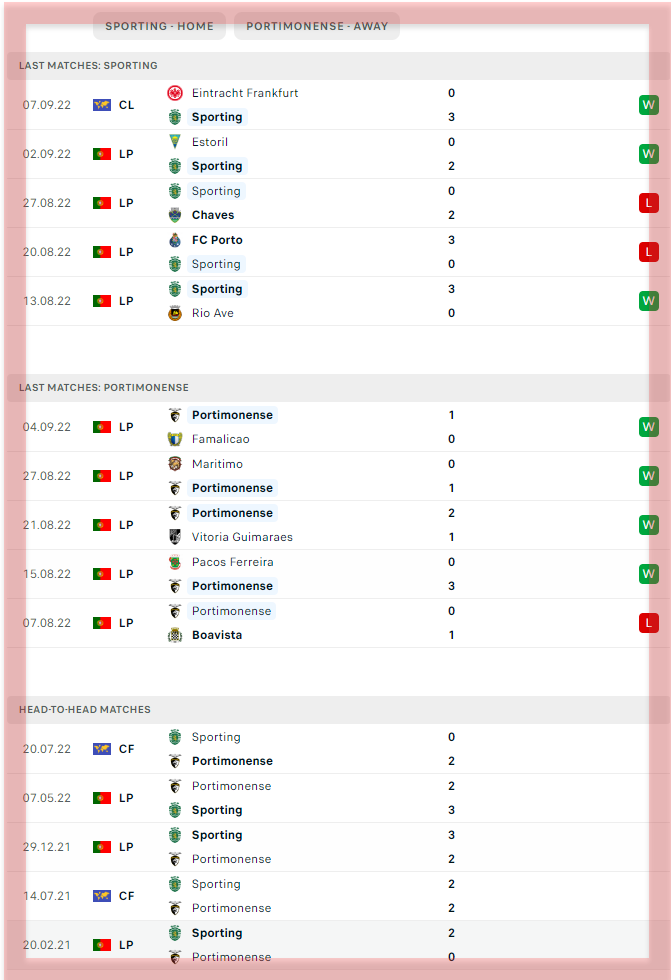