Sporting Kansas City vs Vancouver Whitecaps – Sporting Kansas has struggled in their games this season, winning only three of their fourteen games. The team has four draws and seven losses from the remaining matches. Due to their dismal performance, the squad has remained in the bottom half of the league table, in thirteenth place, with only 13 points from their matches.

Sporting KC’s most recent encounter was against SJ Earthquakes. Both teams scored one goal each in the encounter, which resulted in a 1-1 FT score.

Because to the team’s poor performance, the Vancouver Whitecaps remain in the bottom part of the league table. They’ve played twelve games thus far, winning three, drawing two, and losing seven. With only 11 points from their matches, the team is dead last in the league. Recently, the team had a three-match winning streak. The streak, however, has come to an end with yet another loss in the most recent encounter.

The Vancouver Whitecaps’ last game was against Charlotte. Despite the fact that Vancouver had taken the lead, they were unable to maintain it for long. Charlotte scored two goals to take the lead after coming from behind. The game ended with an FT score of 2-1. Since the beginning of the season, both teams have struggled in their encounters. They’ve split their matches, winning three and losing seven.

Sporting KC is expected to win the match due to the fact that they are playing at home. We may also anticipate both teams contributing to the scoreboard. 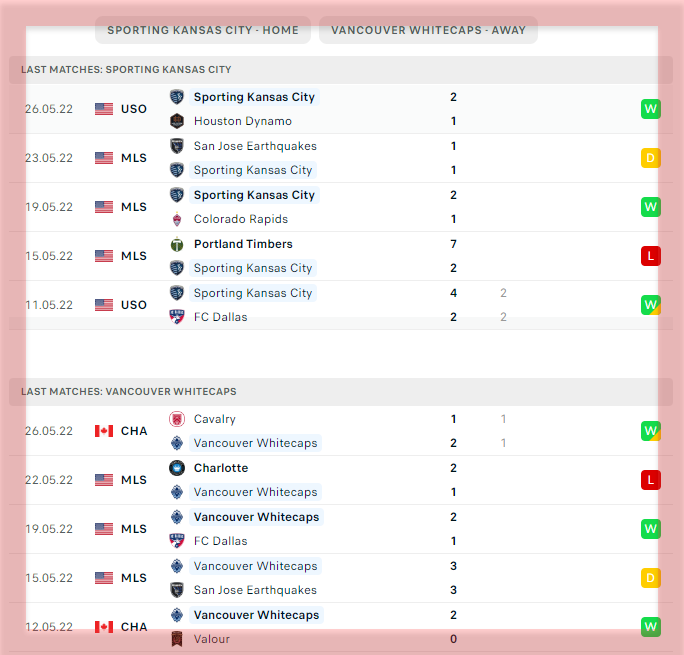