However, the 15 points they earned from those 5 wins put them very near the safe zone in the points chart. They will be trying to continuously seal good results in order to move into the safe zone.

Then, in their most recent away game, they defeated Anderlecht, who is currently only above them in the table. They are probably going to win this game even if they lost to St.Liege in the previous round.

There are further factors that make Charleroi the bookmakers’ favorite team to win. One of them is the fact that Kortrijk will be their rivals on Tuesday. Sporting Charleroi is waiting for their position within the safe zone while Kortrijk crosses the danger zone. If Eupen or Club Brugge are able to win their upcoming match, Kortrijk will be sent to the relegation zone.

Since the beginning of this season, the Zebras have not been able to put on a performance that would please the home crowd. They got off to a good start but have since lost a large majority. However, they have a fantastic possibility to win this game with this fixture.

There are more ways besides only the head-to-head tendency to predict goals from the opposition. In all six of Charleroi’s home games, they have given up goals. While this is going on, Kortrijk has scored in each of their six away games thus far, including losses. Taking into account all of these facts, we prefer to wager on Sporting Charleroi to Win & Both Teams to Score at the 3.50 odds. 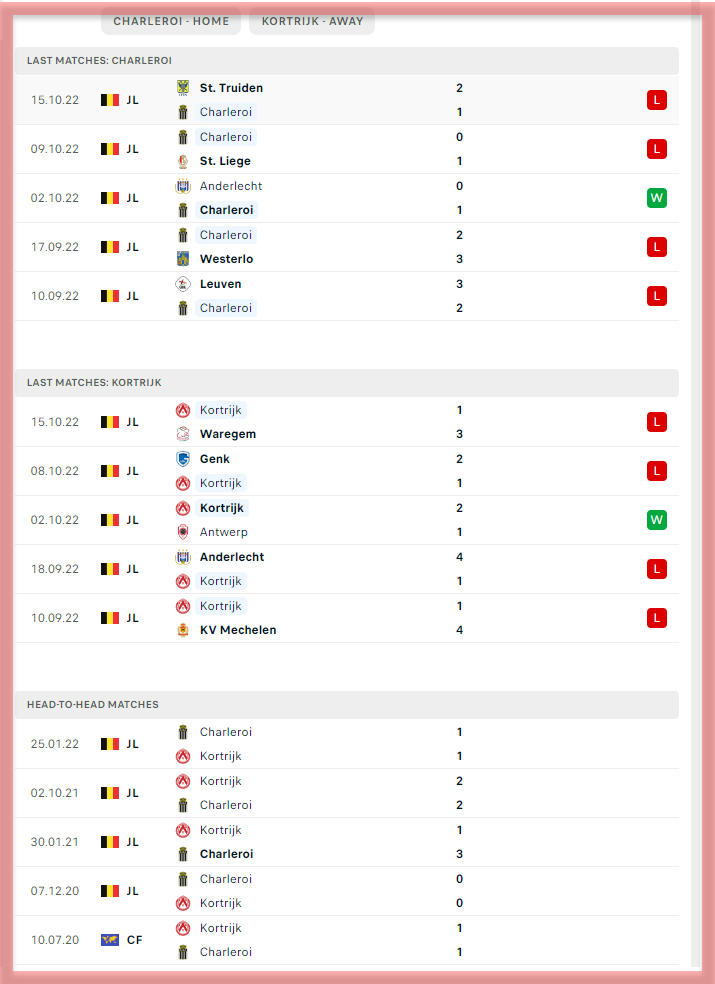