Spain vs Switzerland – Preview, and Prediction

Spain vs Switzerland – Spain will want to duplicate its 2-0 victory over the Czech Republic in the Nations League. Spain had 76% of the possession in that game and had 9 shots on goal, 4 of which were successful.

Pablo Sarabia (75′) and Carlos Soler (24′) scored the goals for Spain. Czech Republic made two of its seven efforts at goal at the other end. In their last six games, Spain hasn’t been able to stop scoring, finding the back of the net each time they’ve taken the field.

They have accrued 13 over that time and have given up a total of 4. Switzerland enters the match having defeated Portugal in their previous Nations League play 1-0.

Switzerland had 42% of the possession in that game and 2 of its 5 shots were on goal. Switzerland’s Haris Seferovi (1′) scored the goal. Portugal, on the other hand, had 20 shots total, with 8 of them finding the back of the net.

It is important to note that Switzerland has scored just four goals in their last six games, which is a poor return. Additionally, Nati has experienced an aggregate total of 10 goals scored against them during seven contests. Of course, there is no guarantee that this trend will continue in the upcoming game.

We believe that when Spain plays against Switzerland, they should be able to achieve the goals they require because Switzerland will have a difficult time scoring. Our prediction for Spain’s final score is a respectable victory of 2-0.

Spain vs Switzerland – Head -to- Head 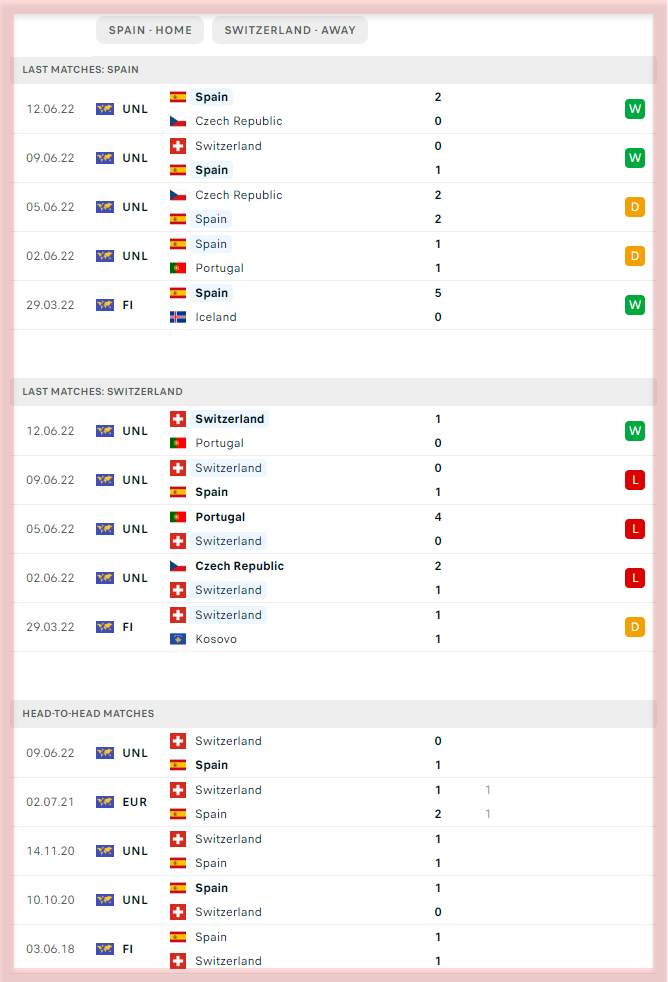