Spain vs Costa Rica – The remarkable way in which the Spaniards advanced to the Nations League semifinals has given them a lot of confidence.

They will need to exercise caution given that Germany is in the same group as them, thus they are immediately under pressure to beat Costa Rica.

In order to take top position in their Nations League group, Luis Enrique’s team overcame previous European champions Portugal 0-1 on the road.  They thereby earned a spot in the competition’s knockout rounds, which will start in the middle of 2023.

It is crucial to remember that the Portuguese just needed a draw at home to overtake them as the leaders, but they were unable to resist the pressure from the Spanish armada.

Furthermore, it should be regarded seriously as Germany, a four-time world champion, is in the same group. However, Enrique’s team has a fantastic record in recent matches against Die Mannschaft.

The humiliating 6-0 loss from a year prior is a good illustration. La Roja probably have only one goal in mind: to win the group. In recent years, they have painfully fallen short of glory numerous times.

They feel as though their time has finally come. They deserve to be successful this time. Their vibrant young core is mature and has the skills to handle the pressure.

And maybe most significantly, they have an outstanding head-to-head record against Costa Ricans over the years. On Wednesday in the Al Thumama, Spain is expected to win handily.

The Spaniards triumphed 5-0 in the most recent match, and except for one draw, they have had a perfect winning record during the past ten years. Every match since 2010, they have won by two goals or more.

They actually added nine goals from the prior three meetings all together. More than ten years after their illustrious run, the 2010 World Champions are still committed to winning.

They still bear in mind how disastrously they began their 2014 campaign as defending champions, so they will make it a point to get off to a strong start.

They are in excellent shape and have the required momentum to compete against the relatively inexperienced Costa Ricans.

Additionally, Costa Rica has an obvious weakness that should worry them. They haven’t played against a good squad in a while, much less a past world winner like Spain.

Once the referee blows the whistle this Wednesday at the Thumama, they will be like deer in headlights. They also have a dismal head-to-head record versus this competitor over the years.

Expect Spain to win easily in their opening match. Enrique will also heavily rely on his trump card during this campaign. You can depend on the young Spanish player to come prepared with his golden goal-scoring boots.

With his flawless finishing, Barcelona’s newest number 10 has been rising rooftops, and now Ansu Fati has the potential to firmly establish himself as one of the best in the world. 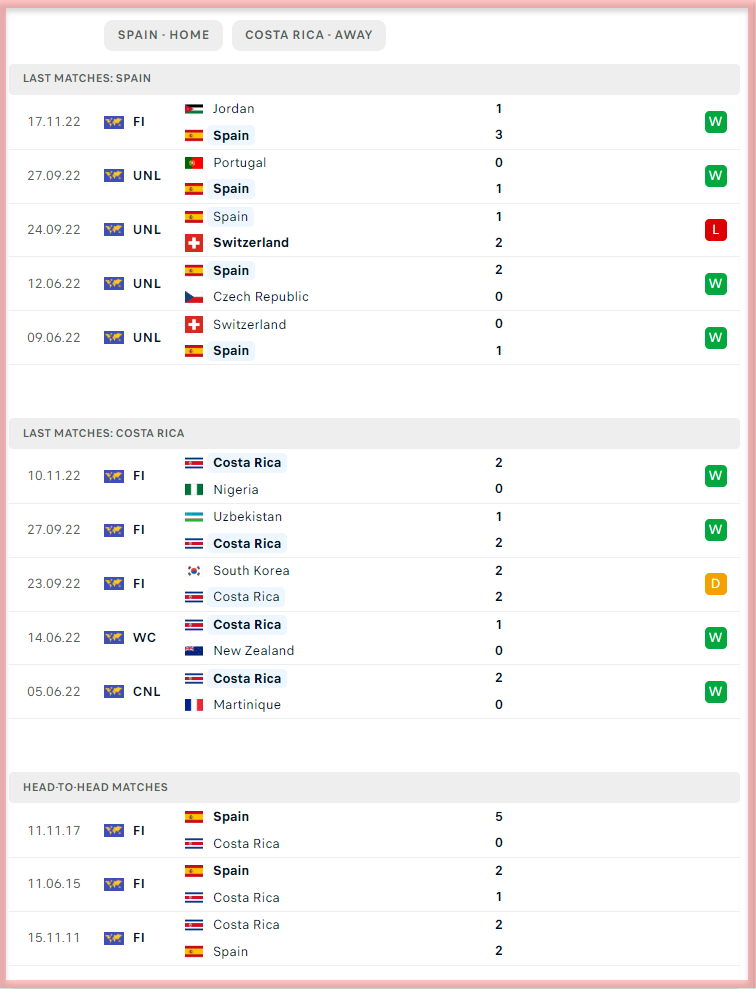