Southampton vs Newcastle – Preview, and Predictions

Newcastle has only lost once since the start of the season, placing them fourth in the standings. As a result of constantly recording draws at the beginning, they have improved their form.

That is demonstrated by the 13 points they collected in their previous five games. The league’s top defensive line belongs to the Magpies. In the season’s first 13 games, they have only given up 10 goals.

Also keep in mind that they have already faced top English teams like Liverpool, Tottenham, and United. Their offensive side is important to note.

They lack an assault like that of City or Arsenal, but they still have enough firepower to score enough goals. Given that they have scored 11 goals in their last five games, it can be claimed that their attacking side is also on a roll.

Southampton lacks the ability to defeat a team in this kind of form right now. It is more than clear from their placement on the table. They are now in the relegation zone’s periphery.

Even though they are only one point away from the danger zone, a loss in this game might be disastrous for them. They lost their most recent match, 1-0, to Crystal Palace, who were in tenth position.

In addition, despite playing on their home field, they have lost their last three games. Tomorrow at St. Mary’s Stadium, it appears like the visiting team Newcastle will win.

Newcastle had prevailed 1-2 in the most recent game, and over the course of the previous five head-to-head contests, they had scored a total of 8 goals. In the last four head-to-head matches played at this location, the Magpies kept two clean sheets.

In the last three road games, Newcastle has scored six goals. Their season goal average is also quite close to two. The similar pattern has also been evident in their most recent encounters. Therefore, we predict a 0–2 victory for Newcastle. 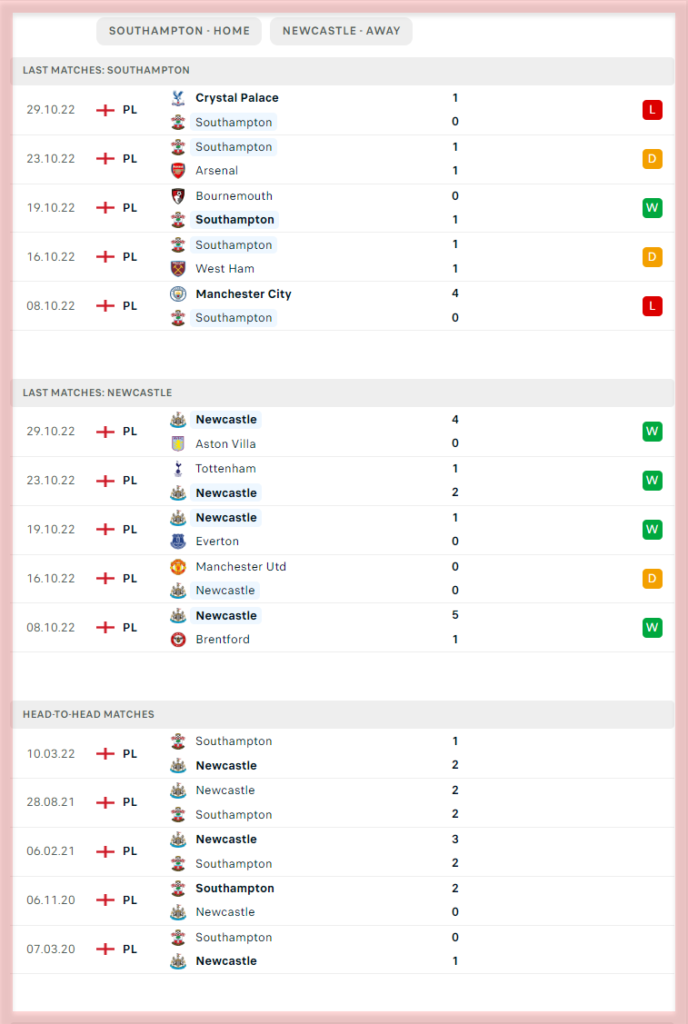