Southampton vs Brentford – Preview, and Prediction

Southampton vs Brentford – Following a 1-0 loss to Wolverhampton Wanderers in the Premier League last time out, Southampton will be hoping for a better outcome this time. Southampton enjoyed 49% of the possession in that game and made 12 efforts on goal, scoring one of them.

Southampton hasn’t recently demonstrated much defensive toughness. In reality, Southampton has conceded goals in 5 of their last 6 games, resulting in a total of 6 goals. While that would be interesting, we’ll simply have to wait and see if the trend holds true for this particular match.

Brentford will come into the meeting off a 5-2 Premier League triumph against Leeds United in their previous outing. In that game, Brentford had 32% of the possession and 8 of its 14 efforts on goal were successful.

Brentford has accumulated a total of 15 goals during their last six games. Additionally, Brentford has scored in each and every one of those contests.

They have had seven goals scored against them throughout that time. Brentford has lost all three of its league games away from home coming into this match.

Roméo Lavia (Hamstring Injury) and Tino Livramento (Cruciate Ligament Rupture) are unavailable for Southampton boss Ralph Hasenhüttl. Thomas Frank, the manager of Brentford, has no concerns regarding a healthy squad to choose from heading into this match.

We think Brentford will find it difficult to get past Southampton’s defence, who we predict will win and very likely keep a clean sheet. When all is said and done, Southampton will have earned a spirited 1-0 victory. We’ll wait and see.

Southampton vs Brentford – Head -to- Head 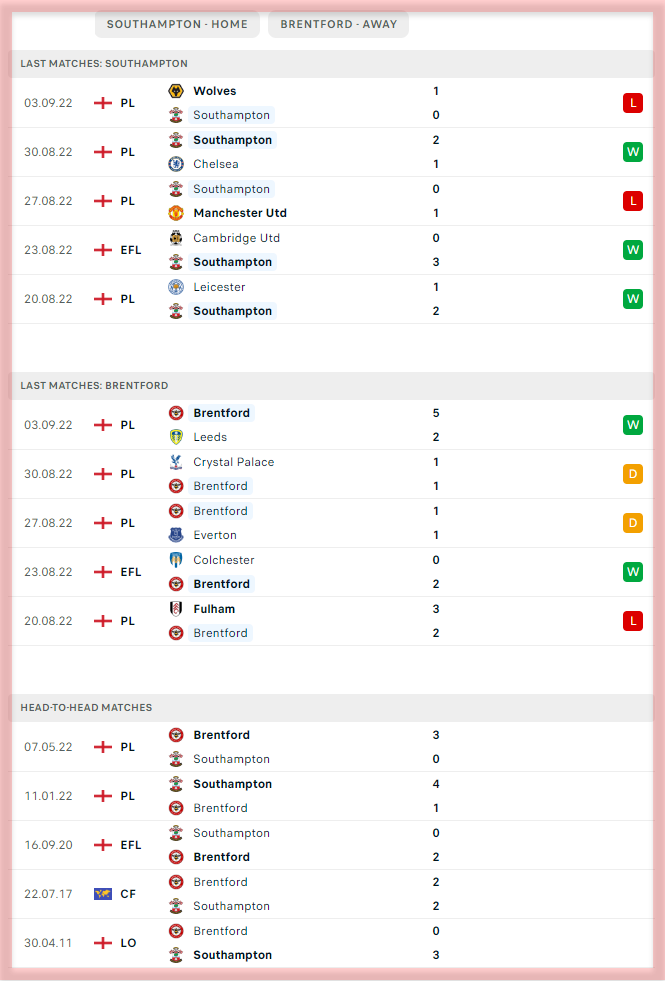