Slovenia vs Norway – Preview, and Prediction

Slovenia vs Norway – Slovenia enters this match following a 2-2 draw with Serbia in a Nations League match. Slovenia enjoyed 42% of the game’s possession and 5 of its 7 shots on goal were successful.

Adam Gnezda erin (48′) and Benjamin eko (53′) scored Slovenia’s goals. Serbia had 14 shots, 5 of which were on goal. Serbia scored goals through Andrija Ivkovi (8′) and Aleksandar Mitrovi (35′).

Slovenia’s recent attacking statistics haven’t exactly been stellar. In their last six games, they have only scored 4 goals against other teams. Slovenia has also had nine goals scored against them in those encounters.

Norway will enter this match riding high off of a 3-2 victory against Sweden in their most recent Nations League match. In that contest, Norway enjoyed 54% of the possession and 5 of its 11 shots on goal were successful.

Goals have been celebrated 20 times in the previous 6 games Norway has played, averaging 3.33 goals per match, demonstrating their preference for exciting games. Three of them have been managed by the opposing teams. It will be up to us to determine whether or not this trend can continue.

Due to a fully healthy group being available for selection, Slovenian manager Matja Kek has no fitness concerns at all going into this game. The entire team is healthy and ready to play, thus Norway manager Stle Solbakken has no concerns about his team’s conditioning going into this match.

In order to score against this Norway team, who we believe should be able to grind out a victory, Slovenia will need to play well throughout the game. Therefore, we predict that Norway will ultimately win by a score of 0–1.

Slovenia vs Norway – Head -to- Head 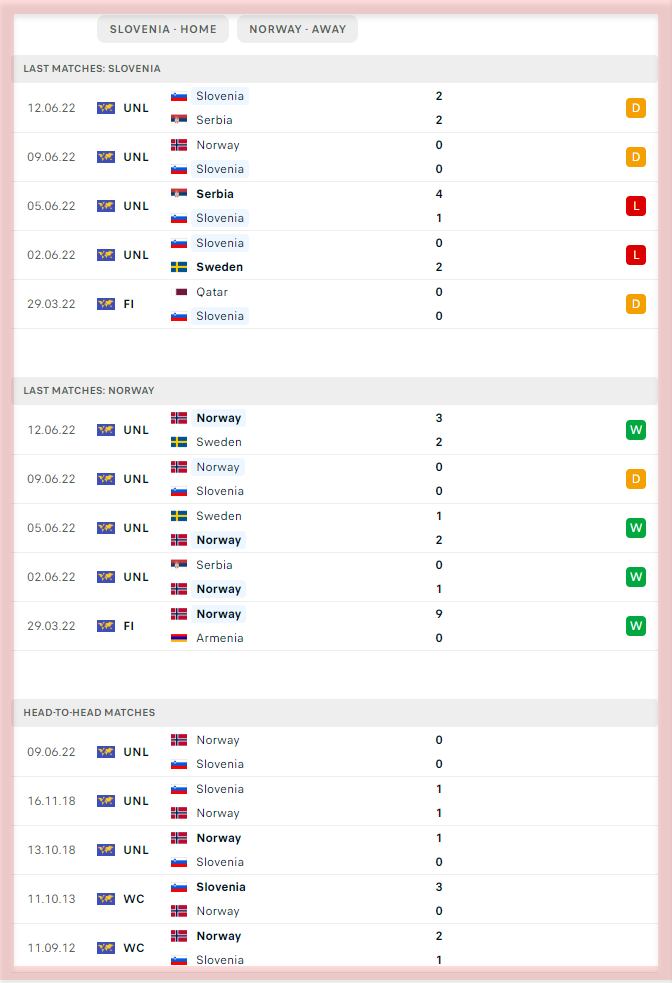