With 26 points from 12 games, Shamrock Rovers sit in second place in the standings. They won eight games in the league, drew twice, and lost twice.

They scored 20 goals while allowing only eight, demonstrating that they have a powerful offensive and defensive lineup. They only need two more points to reach the top of the ECL qualification zone.

Shamrock Rovers are coming off a 3-1 league win over Bohemian FC in their most recent match. They’ve now gone eight games without losing, which gives them a lot of momentum.

Sligo Rovers, on the other hand, are in fourth place in the table with 19 points. They won five of the 12 matches they played, while drawing four and losing three others.

Their troubles on the defensive end of the field, where they have conceded 12 goals thus far, have also been a major reason.  Sligo Rovers will be seeking for their second win of the season after defeating Drogheda United 3-2 in the Premier Division.

They’ve been outscored in five of their past six games, allowing eight goals in the process. Only two more points are required for the hosts to qualify for the ECL.

Shamrock Rovers have won two of their past three head-to-head matches, and in their last ten head-to-head meetings, the hosts have only won once.

The rematch, which took place last month, resulted in a 2-2 draw, and Shamrock Rovers have gone unbeaten in their last four league away games. They’ve also won their last five league games in a row, demonstrating their strong recent record.

In contrast, Sligo Rovers have only won twice at home this season. We couldn’t rule them out easily, given their outstanding performance both at home and on the road. Shamrock Rovers’ h2h dominance also indicates that they are likely to win this Friday. 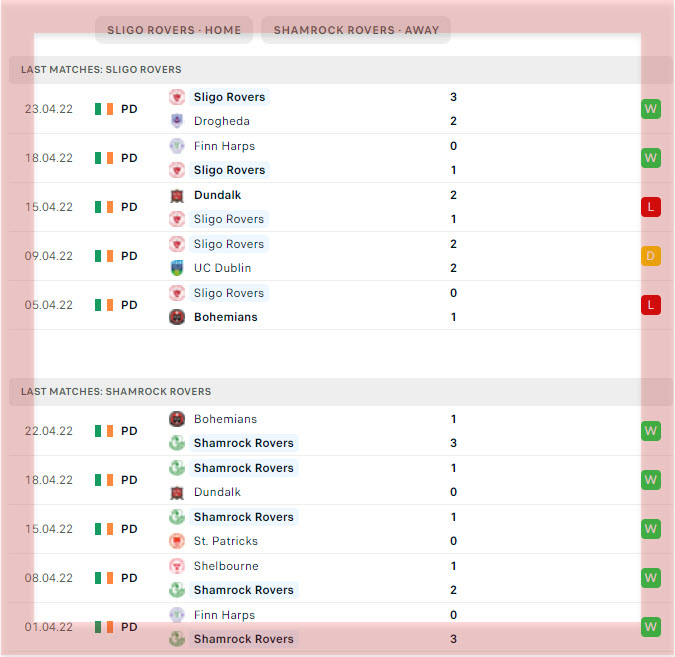