Slavia Prague vs CFR Cluj – Slavia Prague, the defending champions of Group G, will take on CFR Cluj at Fortuna Arena on Matchday 3 of the UEFA Conference League this coming midweek. At the other end of the table from both teams.

The host met Sivasspor in the first game last month, and the final result was 1-1. The game’s first goal was scored by Peter Olayinka. Manager Jindich Trpiovsk won the most recent match against Ballkani by a score of 3-2 after this tie. Peter Olayinka scored in the match as well, doing so in the game’s 34th minute. The team has four out of a possible six points, placing it atop Group G.

The visitors, on the other hand, are having difficulty in this contest. Most recently, they suffered a close 1-0 loss against Sivasspor. Yuri Matias saved his squad by scoring the equalizer in the last seconds of the first game against Ballkani.

They currently occupy the last spot in Group G. In addition, they have yet to record a victory. However, they are having a fantastic season in their local competition.

The visitors have only scored one goal in the last two games. As a result, they will face a challenging opponent coming Thursday in Jindich Trpiovsk’s team.

An intriguing fact is that in the last two games against Slavia during the group stage, the opposition team was shown a red card. They have also scored four goals in their previous two games.

However, a victory would enable them maintain their perfect record in Group G. We anticipate that there will be two to three goals, with an odd of 1.95. This is after taking into account that the host’s most recent game saw them score in this range. Additionally, the visitors have only managed one goal in Group G. 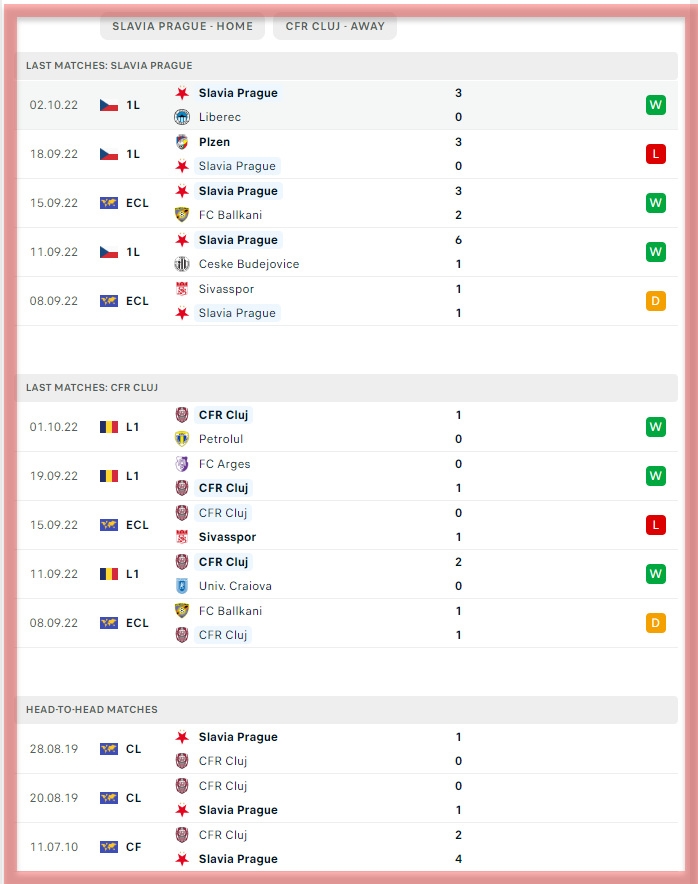