SJK vs IFK Mariehamn – SJK had a terrible start to the season, routinely putting up poor performances until their sixth game. However, their recent recordings appear to indicate that they have achieved some traction. They will be trying to secure a win to move up the table with the help of home advantage.

In their most recent league match, SJK drew 1-1 with Haka on the road. With that draw, they have now gone two games without losing in the league. They’ll be looking to make it three league games without a loss.

Mariehamn, on the other hand, has had a slow start to the season. They are continuing in poor form, with only one win to their name this season. Their offensive and defensive lines are likewise underwhelming. Mariehamn was defeated 1-0 on the road by Ilves in their most recent league match. With that loss, they have now gone three games without winning in the league. Two of the three winless games had unfavorable outcomes.

SJK won 2-1 at home against HIFK in their first match of the season. They couldn’t keep up their good form at home, losing their next two games to make it one victory and two losses in their three home games this season.

Mariehamn, on the other hand, is failed to win on the road this season. So far this season, they have lost two and drawn one of their three road games. Furthermore, SJK has recently had good results versus Mariehamn. Given all of the above data, we’re left with no choice but to back SJK, who have been showing indications of improvement in the league. 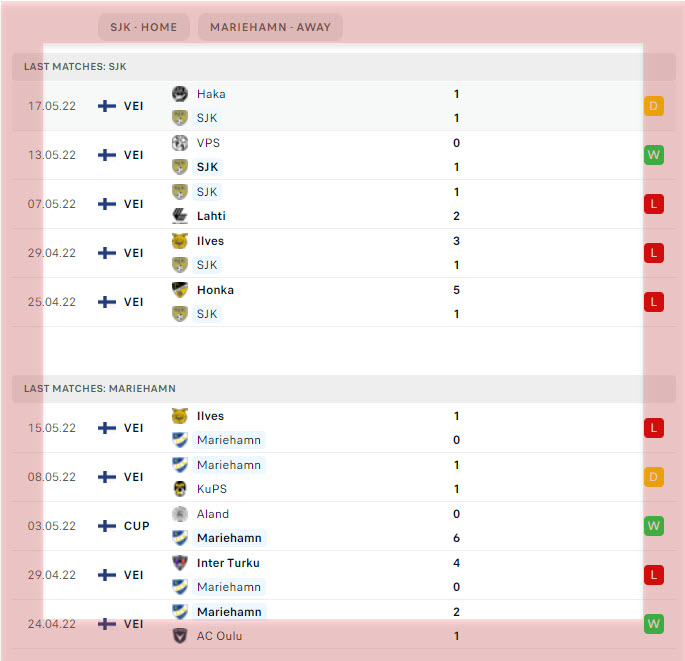