SJK vs Haka – Preview, and Prediction

SJK vs Haka – The Haka have been on a strong run recently, and they’ve been finding the net frequently. That said, they’ve put in some solid effort on the road in previous games and have generated some momentum going into this matchup.

Currently, they sit in the middle of the pack and need only one more point to move into the top half of the standings and compete for a berth in the Championship Group.

In contrast, SJK are having a dismal run of results and are having a difficult time keeping clean sheets. While playing at home has been difficult for them, it’s also worth noting that their recent matches against the same opponent haven’t worked out well for them.

In nine of the previous eleven meetings, both teams scored a goal. Five of the last seven games had a goal total of 3 or more. It had been a 1-1 tie in their most recent match. Both sides have scored in five of the last six meetings at this venue.

It has been a losing streak for SJK for three games, two of which were losses. Also, keep in mind that they had been unbeaten in nine of their previous twelve games, resulting in a five-game losing streak.

Because of these findings, Haka is likely to come out on top this week. However, they have recently struggled to keep clean sheets away from home, therefore this Wednesday’s game between the two clubs is expected to be full of goals. 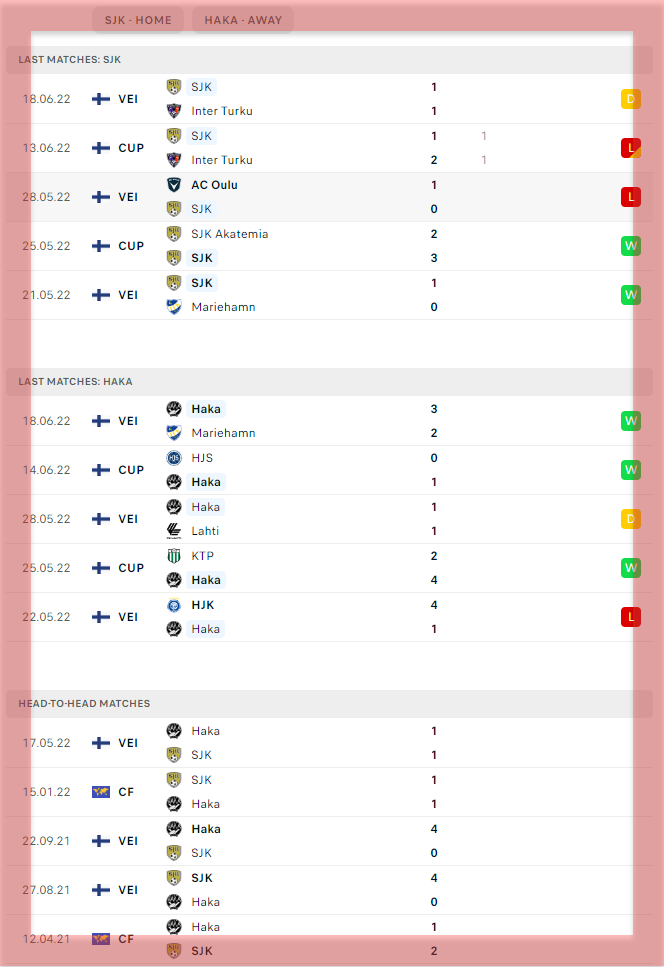