Sivasspor vs Umraniyespor – Preview, and Prediction

Sivasspor vs Umraniyespor -Three back-to-back defeats have pushed Sivasspor to the relegation zone. At the same time, Umraniyespor got their first win of the season. Now both these teams will go head-to-head at Yeni 4 Eylül Stadyumu this week.

Umraniyespor supporters were surprised to see their team score three goals against Alanyaspor recently. This is their first win of the campaign. Mehmet Umut Nayir scored a brace in that 3-1 victory.

On the other hand, the host lost their third consecutive game against Fenerbahce. In that game, goalkeeper Altay Bayındır stopped all three shots on target from Rıza Çalımbay’s side,

This is their seventh defeat of the season and  also note that both these teams are separated by four points ahead of this fixture.

The visitors have lost more than 60% of their games this season. The only positive news for them is that they got their first win on this season.

Even if they manage to replicate the same result in this fixture they will still remain in the relegation zone, Furthermore, Recep Uçar’s side are yet to win away from home this season.

Both these teams last met five years ago at Yeni 4 Eylül Stadyumu, This will be the third time both these teams will go head-to-head, The visitors got a 4-1 victory against this side back in 2016.

You can back the following, as our first tip is that Umraniyespor will win this game – the odd for this tip will be at 4.00. The visitors got their first win of the season against one of the top teams in the Super Lig recently Moreover.

the visitors are on a three-game losing streak.Our next tip for this game is that Umraniyespor will keep a clean sheet – the odd for this tip will be at 4.50.

The main reason behind this tip is that the host have not scored any goals in their last three consecutive outings. At the same time the visitors kept a clean sheet when these two teams last met at Yeni 4 Eylül Stadyumu. 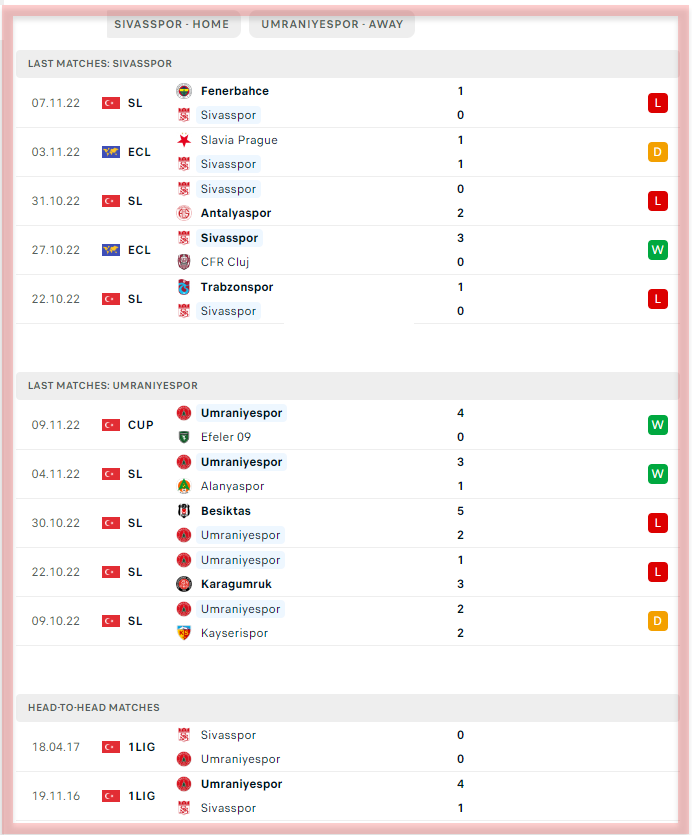