Sirius vs Goteborg – Preview, and Prediction

Sirius vs Goteborg – While Sirius may have recently displayed some inconsistency, it should be emphasized that they have had success at home from the beginning of the campaign.

They actually have a pattern of recovering from poor away performances at home with strong ones. They will be thrilled to welcome their struggling opponents on Monday and will be determined to maintain their winning streak.

Goteborg, meanwhile, has been experiencing a troubling run for a while and has already lost a lot of ground. Additionally, they have given up a lot of goals, and most crucially, this season they have played terribly on the road. Looking at the situation, Sirius appears to have the advantage come tomorrow in front of their home fans.

Sirius vs Goteborg – Preview, and Prediction

The opposition, Goteborg, on the other hand, had lost their previous seven games in a row and had even started a three-match losing run.

They also had losing streaks of three games and four matches throughout the time and had gone winless on nine of their previous twelve road trips.

These observations suggest that Sirius will triumph tomorrow. One of just two teams in the entire competition, Goteborg, has dropped their last three away games straight. 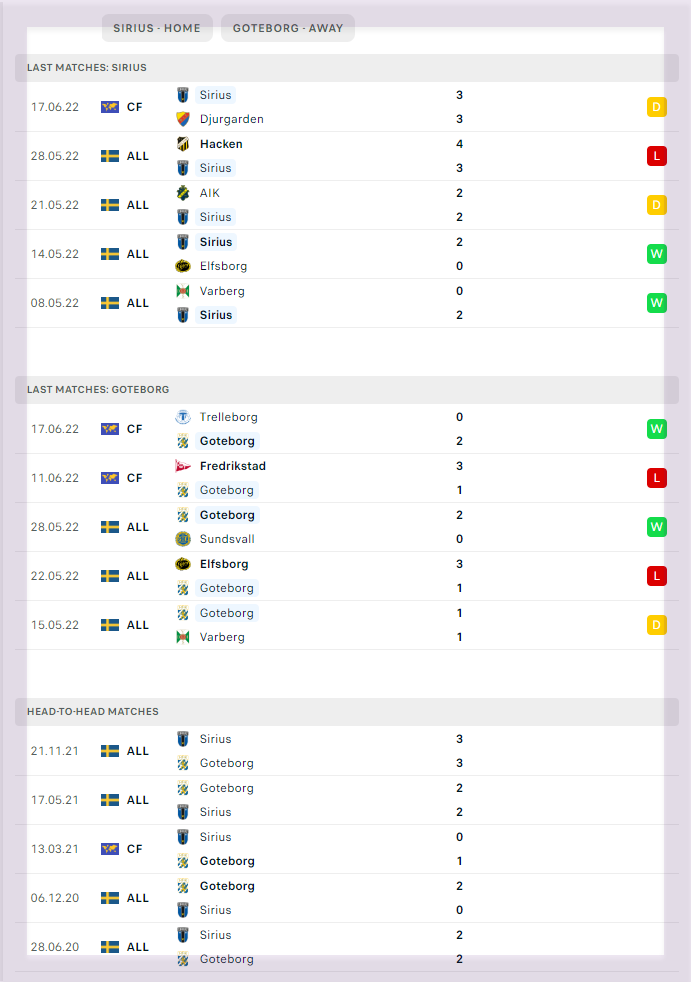