Sion vs Luzern – Preview, and Prediction

Sion vs Luzern – The stakes are sky-high on Wednesday night as Sion hosts Luzern in a crucial six-pointer at Stade de Tourbillon. Three days ago, Sion defeated Grasshoppers 0-1 on the road. Filip Stojiljkovic scored the game’s sole goal just before the hour mark. Sion had thus recovered from a two-loss run just in time. Paolo Tramezzani’s side are now eighth in the league, four points above Luzern in the relegation playoffs.

After two outstanding performances in recent rounds, Luzern will be motivated to repeat their victory against the eighth-placed Grasshoppers. Mario Frick’s side won consecutive games against Lausanne Sport and Servette, scoring seven unanswered goals.

They surged up the standings after three victories in four rounds. They thrashed Servette 4-0 on Sunday afternoon. Wednesday night at Stade de Tourbillon will be tense. Considering that both teams have scored less than three goals in their last five encounters, the Under 2.5 goals FT bet at 2.30 looks appealing.

We prefer the draw at 3.75 odds. The visitors are in better position now, but they have a poor away record versus Sion. 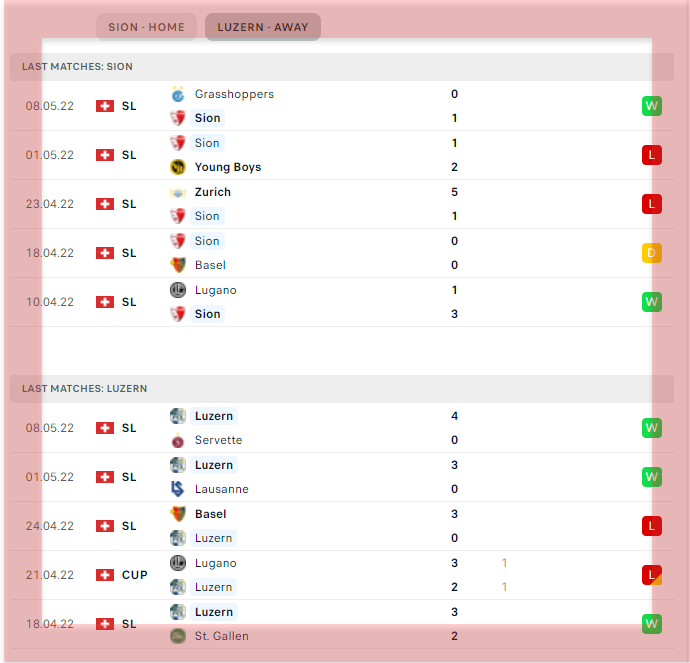