Silkeborg vs Anderlecht – Preview, and Predictions

Silkeborg vs Anderlecht – In Group B of the Europa Conference League, Silkeborg and Anderlecht are vying for second place. Since there is only one point separating the two teams, this final group-stage match is crucial.

Whoever triumphs in this match will advance to the next round, and everything points to a high-scoring contest. Even more than the leaders, who have a flawless winning record, Silkeborg is confident that they will score the most goals in the group.

It should be mentioned that they recently played at home in the Conference League, where they won 5-0. And now that a ticket to the knockout round is at stake, you can count on the team to put up a strong show.

With the exception of their matches against the group’s toppers, Anderlecht had an undefeated record. Additionally, they are more assured because they won 1-0 at home against this opponent in the reverse matchup earlier in the campaign.

Anderlecht prevailed at home by a score of 1-0 in their lone meeting, and Silkeborg has only managed four clean sheets in their last 16 games while consistently scoring a tonne of goals.

They recently participated in some significant goal-fests, especially at home. In fact, 22 goals were scored in their last five home matches.

The fact that each of their previous four road games included three or more goals is also significant. These observations suggest that the two clubs’ game this Thursday will be high scoring. 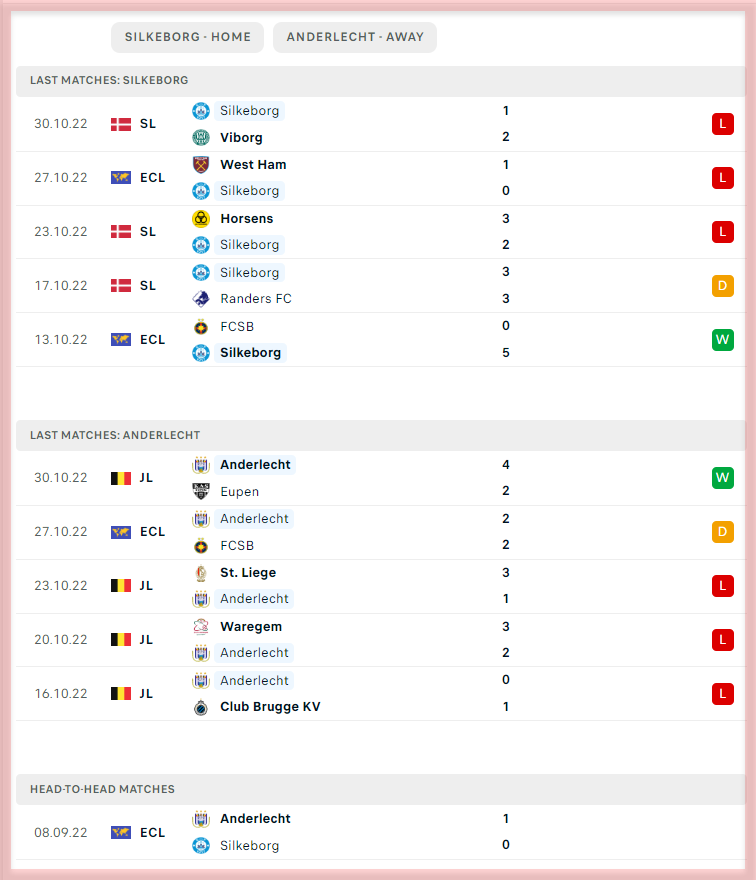