Sheff Weds vs Sunderland – That might be especially important for Wednesday, who finished the season with the best home record in the third division, winning 16 of their 23 league games at Hillsborough.

They also concluded the season with the greatest defensive record at home, conceding only 18 goals, although Sunderland was the only team in League One to score more goals at home than the Owls.

With Darren Moore’s side needing a win on Monday, the hosts can take comfort in the fact that they have won their last four games at Hillsborough.

The visitors are now leading the tie, following the Black Cats’ victory at the Stadium of Light on Friday, thanks to Ross Stewart’s goal in first-half stoppage time.

Sunderland’s unbeaten record now stands at 14 games, and the first leg victory was their sixth in their last seven home games.

Sunderland, who have been in League One for four years, will try to maintain their lead as they attempt to reach the playoff final for the first time since the 2018-19 season.

Alex Neil’s team can take heart from their current seven-game unbeaten away streak, which is all they need to qualify for the playoff final.

The fact that Sunderland has preserved five clean sheets in its previous eight away games will also thrill the manager, and another shutout on Monday would guarantee a place at Wembley.

Sheffield Wednesday has won seven of their last eight home games, with five of those triumphs coming by two goals or more, demonstrating the Owls’ superiority at home. We believe the Owls will take advantage of home advantage to beat Sunderland on aggregate. 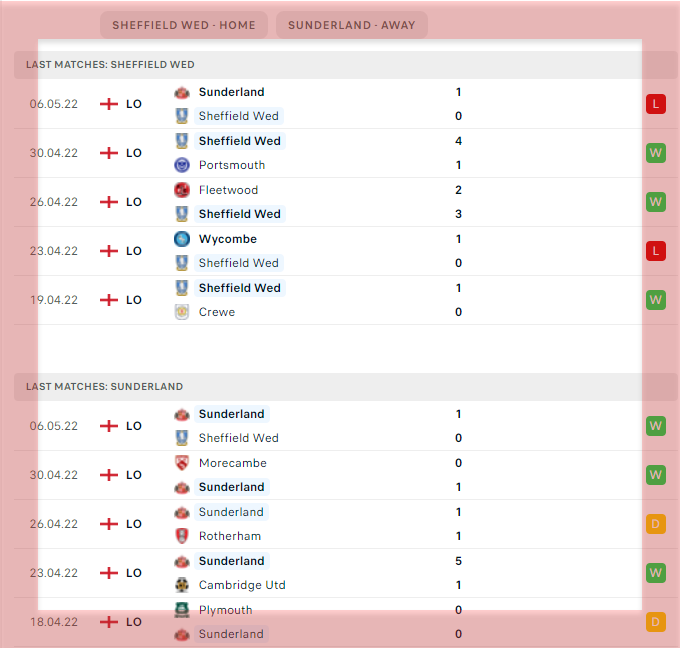