Sheff Utd vs Blackburn – Blackburn Rovers must win again on Wednesday evening if they are to maintain their campaign for an automatic promotion berth, as they have only two points from their past four games.

This week, they play an in-form Sheffield United side at Bramall Lane, who are hoping to extend their unbeaten run to nine games and at the very least stay in sixth place.

Paul Heckingbottom’s side comes into this match fresh off a 4-0 victory over Swansea City on Saturday, which propelled the Blades into the playoff picture.

Within the first 40 minutes, Morgan Gibbs-White, George Baldock, and Billy Sharp had sealed up the game, but Gibbs-White still had time to add to his tally in the second half.

That was Sheffield United’s greatest win margin of the season, aside from their thrashing of Peterborough United in September, and goalkeeper Wes Foderingham recorded his fourth clean sheet in a straight.

Blackburn were scheduled to play Millwall at Ewood Park on Saturday, but the match was postponed due to heavy snowfall after a late inspection by referee Geoff Eltringham.

That means Tony Mowbray’s side will miss out on the chance to get back on track after a goalless draw with West Bromwich Albion just over a week ago, a game in which neither team created many thrilling offensive moments.

Rovers have also failed to score in their last four games, which does not bode well for Wednesday’s visitors given Sheffield United’s strong defensive record at Bramall Lane.

Due to injuries, David McGoldrick, Jack O’Connell, and Rhian Brewster will not be included in Sheffield United’s squad, but they could all return next month.

Heckingbottom may stick with the same starting 11 as against Swansea on Saturday, which means Sharp will continue to lead the line, with Baldock and Rhys Norrington-Davies providing width from their wing-back positions.

Gibbs-White, who is on loan from Wolverhampton Wanderers, is in good form and will almost certainly start in a midfield quartet alongside Oliver Norwood, Sander Berge, and John Fleck.

Diaz, who was hurt against West Brom, will be unavailable for Blackburn, while Tayo Edun, Bradley Dack, and Poveda will also be unavailable due to injury.

Darragh Lenihan, the centre-back, will be eligible to return to the team after serving his one-match suspension, while Harry Pickering and Khadra are also anticipated to start.

With Pickering’s return from injury, Ryan Giles is anticipated to move further up the field. The 22-year-old has showed his versatility in recent weeks by playing in a variety of places down the left flank, and the 22-year-old is a significant attacking danger for Rovers. 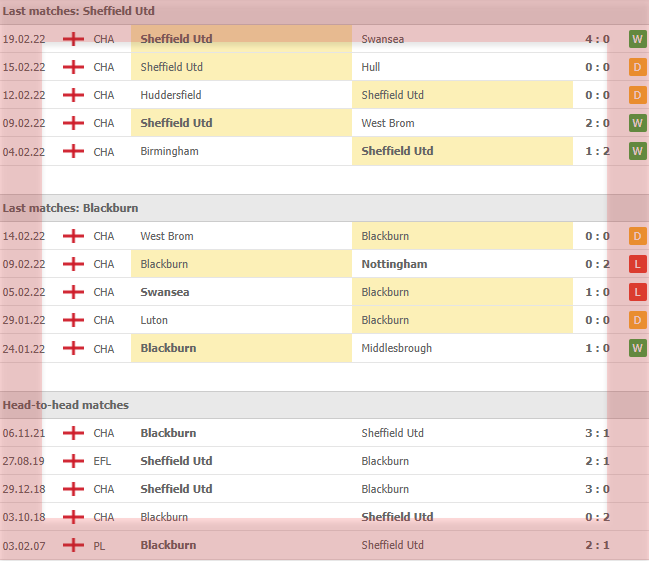