Shakhtyor vs CFR Cluj -For virtually the whole year, Shakhtyor has seen brief spurts of victories followed by brief spurts of losses. For them in 2022, consistency has been a major problem.

Cluj, which successfully defended their Romanian championship the previous campaign, appears keen to earn a spot in the Conference League’s upcoming season.

At the conclusion of the regular season, they were 14 points clear at the top of the standings and had allowed the fewest goals of any side competing in the competition.

In fact, no other side in the competition has been able to limit the amount of goals allowed below 20. The champions of Belarus, though, are Shakhtyor, who have recently had a difficult time finding their form.

And they have struggled with this even in front of their own supporters. They will be playing in this vital match on They’re under a lot of pressure since Thursday will decide their destiny in Europe.

Looking at the situation, it appears that CFR Cluj will put in a successful performance away from home.

Shakhtyor had had one clean sheet in this stretch of six games and had lost three of their previous six games overall.

Contrarily, CFR Cluj had gone on two separate 4-match winning runs and had not lost in 15 of their previous 18 games overall.

Keep in mind that they have scored two goals or more in 8 of their previous 15 games combined.
The first encounter between these two squads will take place on the field soon.

It is clear from these observations that CFR Cluj will win this Thursday. You can depend on them to win this first leg. 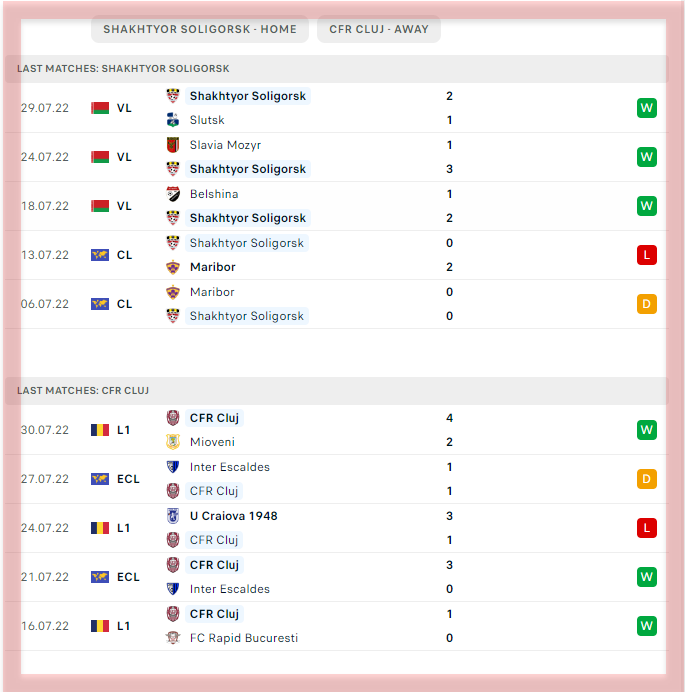