Sevilla vs Rayo Vallecano – When Sevilla hosts Rayo Vallecano in Gameweek No. 12 at Estadio Ramon Sanchez Pizjuan on Saturday afternoon, they will be seeking their first home victory of the La Liga campaign.

The Los Rojiblancos are having a terrible time at the start of the 2022–23 season. In five league games played at home this season, they have two losses and three draws.

In the league rankings, Sevilla is currently in the fifth-to-last spot, five points behind Rayo Vallecano in tenth place going into their matchup this weekend.

Jorge Sampaoli’s team’s 3-0 thrashing of FC Copenhagen in midweek UEFA Champions League play at least lifted the mood in their locker room.  As a result of finishing third in their individual Champions League group, the hosts will continue their European journey in the UEFA Europa League knockout stage.

However, it will be a difficult assignment for Los Rojiblancos to recover in the domestic league as their Saturday foes Rayo Vallecano will come into this match in excellent spirits. When Rayo crushed Cadiz 5-1 on Sunday at Estadio de Vallecas, they gave their best performance of the year.

The team of Andoni Iraola has now lost three straight league games. Can they maintain their current run and remain unblemished in this matchup with Sevilla?

In their previous 16 visits to Estadio Ramon Sanchez Pizjuan, Rayo Vallecano had a terrible record, losing 14, drawing 1, and winning 1. Sevilla comes into this match with Rayo having won three and drawn one of their previous four meetings.

In six of the last seven meetings between the two teams, Sevilla has scored at least two goals. Given that the hosts have won 14 of their last 16 home games against Rayo Vallecano, the value with them at 2.00 odds is excellent. 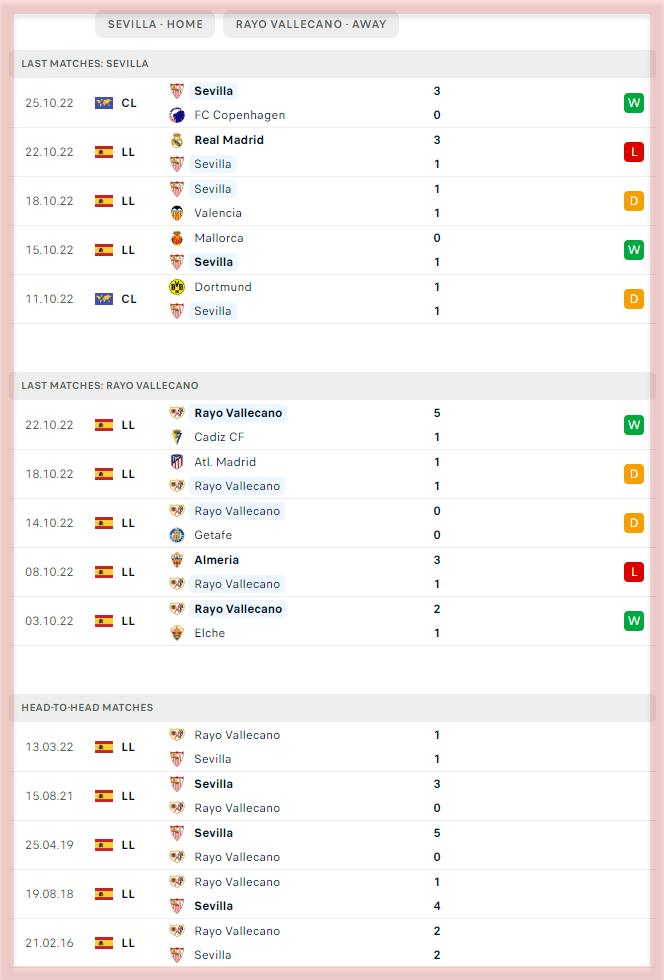