The visitors have sufficient firepower to advance and prevail. We can certainly anticipate a strong showing from them on Tuesday, especially with the arrival of Erling Haaland as their new front man after an incredible run of performances.

Manchester City will be motivated to get off to a strong Champions League start this year. Recent recordings of the team demonstrate their tremendous strength. Haaland, who was just added to the team, has scored a total of 10 goals in six Premier League games this year.

In addition, The Blues started this season unblemished and are presently occupying the second slot in the standings. When they returned for the new season, they had yet to suffer a loss.

Sevilla, on the other hand, has consistently ranked among the best clubs in the Spanish premier division for the previous few seasons. They finished fourth the previous year, earning them a spot in this year’s Champions League match.

However, they have been inept since the beginning of this Laliga season and have been slipping through the league’s ranks game by game. With three losses and one tie, the team is currently only a few spots above the relegation zone.

They’ve only had two encounters. In the previous two encounters, each time Sevilla scored two goals or more, the Blues prevailed. Manchester City will enter this match without a loss in more than a month.

The visitors have a fantastic opportunity to continue their incredible run of form across all competitions in this game. We can see the advantage in supporting Manchester City, who will be very motivated and want to start off strong. We thus back the 1.80 odds for Norwegian forward Erling Haaland to score at any point in the match. 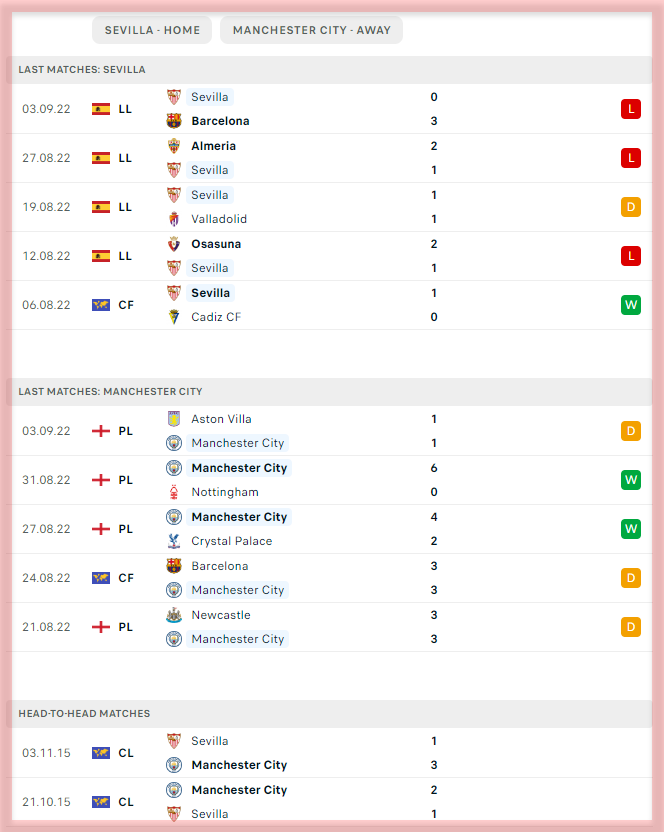