Sevilla vs Mallorca – Preview, and Prediction

Sevilla vs Mallorca –   Sevilla is back in action this weekend with another La Liga game against Mallorca on Wednesday. Both teams have done well this season, but they both have something to prove in this game.

Mallorca is in 12th place in La Liga, but they’ve done better than expected so far this season. Last week, the home team tied 2-2 with Valencia and will want to get back on track this week.

Sevilla, on the other hand, is currently third in the league table and has done very well this year. In their last game, the Andalusians beat Levante by a score of 5-3, and they will want a similar result this time around.

The last time these two teams played each other was last year, and Sevilla won by a score of 2-0. Mallorca has been getting better over the past few months, but this week they will need to be at their best.

Lee Kang-In and Rodrigo Battaglia both got a red card over the weekend, which means they can’t play in this game. But Antonio Raillo, Takefusa Kubo, and Aleksander Sedlar are still hurt, so they won’t be playing in this game.

Under Julen Lopetegui, Sevilla has done well, and the team will try to finish in the top four again this season. The giants from Andalusia can pack a punch when they want to, and they will want to make a statement this week.

Mallorca has done well this year, but they will have to work hard on Wednesday to have a chance. On paper, Sevilla is the better team, so they should be able to win this match.

Sevilla vs Mallorca – Head To Head 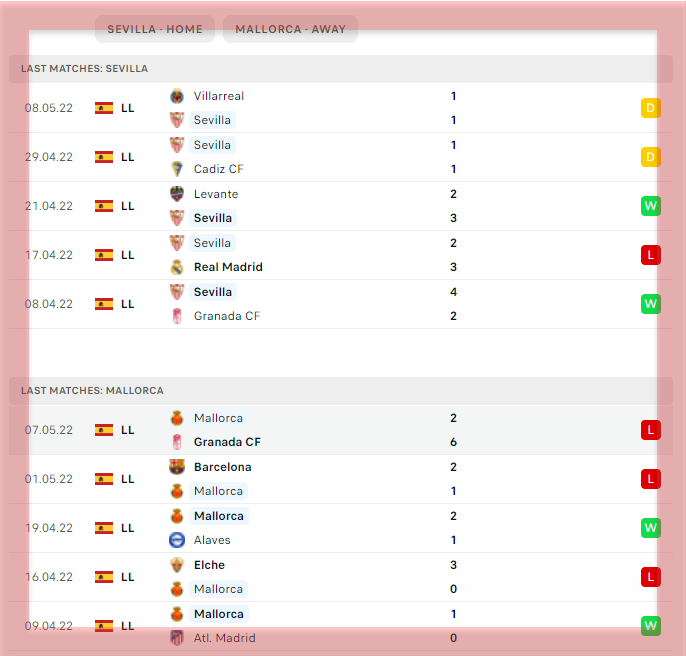