However, in the preceding encounter against Japan away from home, they suffered their first defeat of the season’s Qualification fixtures. They’ll be seeking to rebound from that loss by securing three points in the next match to reclaim the top spot in the standings, which is presently held by Japan following that win.

Australia, on the other hand, is in third place on the table, with a chance to advance to the fourth stage of World Cup qualification. They have the most talented offensive lineup in Group B.

Except for Australia’s outstanding head-to-head stats, there have been no previous performances from them that have outperformed Saudi Arabia’s current impressive streak.

Saudi Arabia has won seven of their past eight home games. They will be in the best of spirits after hearing such a compilation of recordings. Australia, on the other hand, has gone three straight road games without a win.

Given their current form, we have no choice but to expect Saudi Arabia to put on a strong showing in King Abdullah Sports City tomorrow.

While Australia has nothing to play for except pride, Saudi Arabia still has a chance to win this group, which should give them plenty of confidence.

Given how dominant the hosts have been during their World Cup qualification, another win tomorrow evening will very certainly seal the deal. 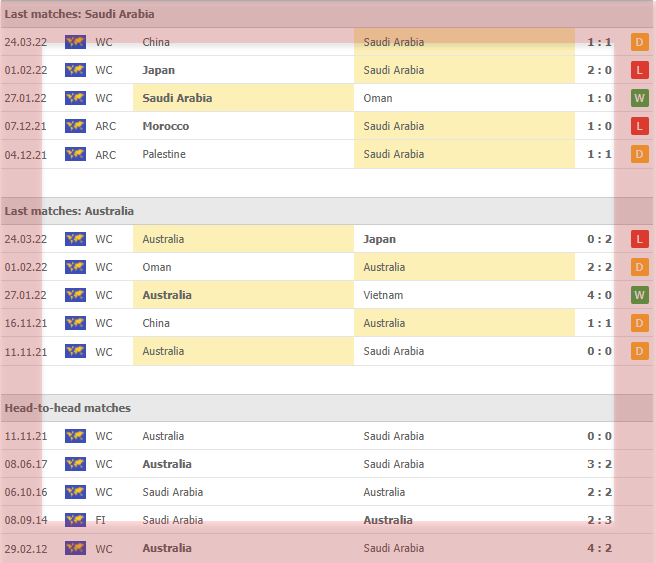