Sarpsborg vs Aalesund – Preview, and Prediction

Sarpsborg vs Aalesund – Sarpsborg 08’s most recent encounter was against Lillestrom. Sarpsborg 08 lost the match with a 1-0 FT result after Lillestrom scored the only goal of the game.

With the loss in the most recent match, a four-match unbeaten streak came to an end. The tea has been playing well in recent matches, which has allowed them climb the league ladder to fourth place with ten points.

The club has three wins, one tie, and two losses from its six league matches. The season has started badly for Aalesund.

The team has two wins, two ties, and three loses from seven games played. The team has gone winless in their last three matches and has failed to score in each of them.

With eight points from their matches, Aalesund is tenth in the league rankings. Molde was Aalesund’s most recent opponent. Molde scored two goals in the encounter while Aalesund failed to score, resulting in a 2-0 FT loss for Aalesund.

Sarpsborg 08 won the last meeting with a 0-1 FT score. Sarpsborg has won the last four head-to-head meetings. Since 2013, Aalesund has not defeated Sarpsborg.

Sarpsborg has been doing well in recent matches, leading in the squad advancing up the standings to fourth place.

They were unbeaten in their previous four matches, with three of them ending in victories, until their loss in the last encounter. Aalesund has not won in their last three games.

So far, Sarpsborg’s home matches have yielded mixed outcomes. The first concluded in a loss, the second in a tie, and the third in a victory. Aalesund has won one, drawn one, and lost two of its four away matches.

The match will most likely conclude in a win for Sarpsborg, given their current record. The struggle to score in Aalesund’s last three outings could continue in this match. 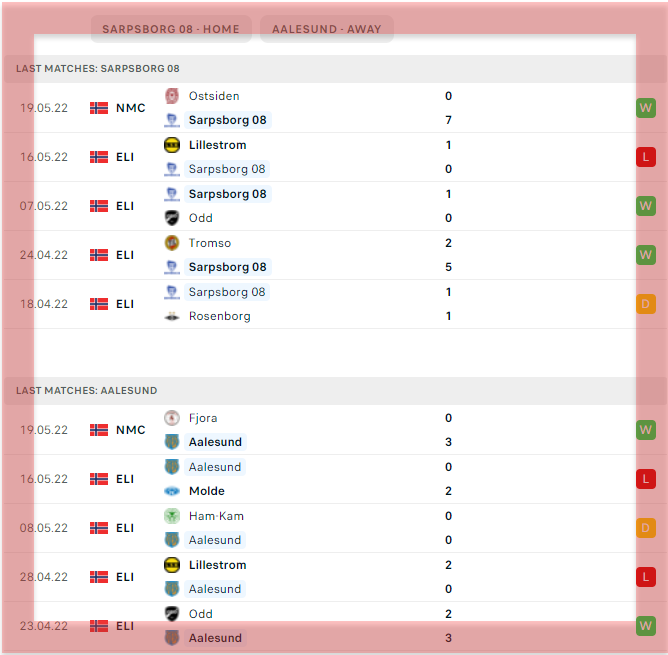