Sandefjord vs Viking – Preview and Prediction

This season has started off inconsistently for Sandefjord. They continued to do the same by consistently recording victories and losses. The outcome they experience most frequently is defeat.

They now occupy the ninth position at the table. Viking, meanwhile, made a respectable start to this Eliteserien campaign.

Even if they have experienced defeat on occasion, their emotions are unaffected because they have won all of their other games to keep up their respectable form.

They currently hold the fifth position on the list. While in the previous five head-to-head encounters with Viking, Sandefjord had won two, tied one, and lost two.

In three of the last five head-to-head matches between these two teams, the both teams to score option was successful. Sandefjord defeated their previous opponent 3-0 in this location.

We can see Sandefjord recording a 3-0 defeat against Tromso at home in their most recent league fixture. It was their second negative recording in the past three league outings. Their defensive side have leaked three goals in each of those.

Sandefjord possess a poor run at home lately. They are winless in four of the past 5 league fixtures at home. Two of them were demotivating defeats too. They leaked and scored two goals apiece in the other two winless outings.

On the other side, Viking recorded a sudden inconsistency after having a streak of unbeaten games. TThey had gone two games without a win until beating Sparta Prague in Europa League knockout qualifying.

Viking possess a decent form on the road at present. They are unbeaten in three of the past 5 on the road fixtures across all competitions. Two of them were positive outings.

Considering all the above stats, we are left to back Viking to seal a win against Sandefjord when they both meet in an Eliteserien fixture on Sunday.

Sandefjord vs Viking – Head -to- Head 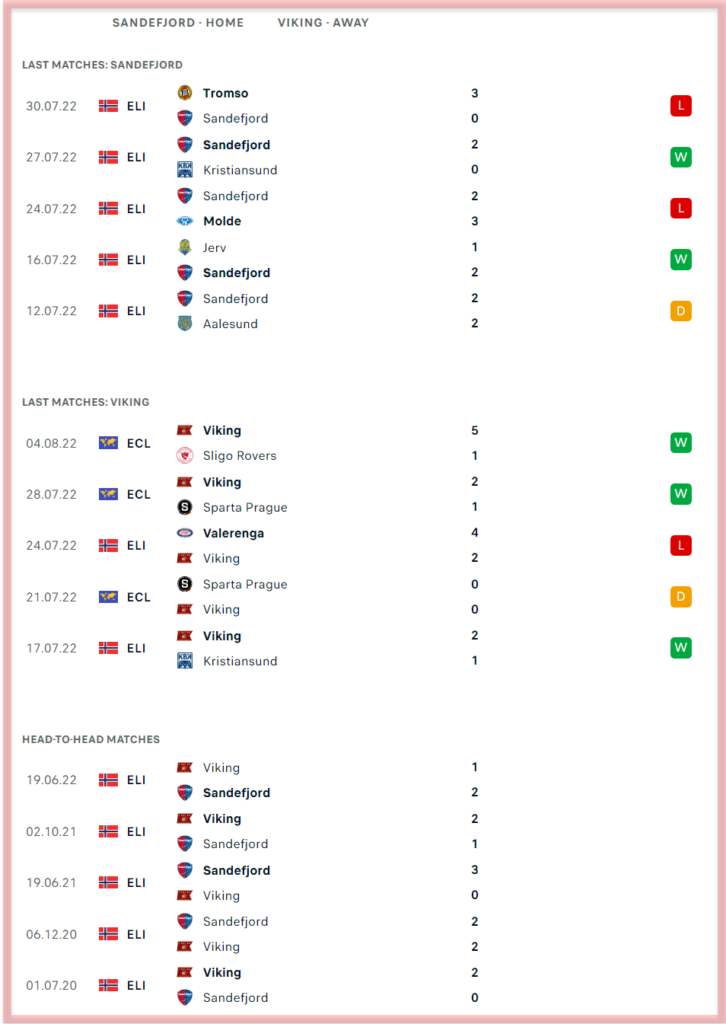