In their most recent league match, the Earthquakes defeated the Portland Timbers 3-2 at home. It was their fifth consecutive unbeaten run in the league. Such a turnaround from a losing streak is very remarkable.

Sporting Kansas City, on the other hand, has had a slow start to the season. Their subsequent run was hampered by this start, and they ended up at the bottom of the table. In any case, they’ve been exhibiting indications of improvement recently.

In their most recent league match, Sporting Kansas defeated Colorado Rapids 2-1 at home. The above victory broke a seven-game losing streak in the league. They’ll be hoping to build on that victory.

Their most recent meeting finished in a scoreless tie. In nine of the last ten meetings between these two teams, the both teams to score option has been successful.

At this location, the Earthquakes won seven of their overall 12 head-to-head matches versus Sporting Kansas. The recent home form of Earthquakes has been quite outstanding. They have won all three of their league games at home, scoring at an alarming rate.

In addition, they are currently on a six-game league winning streak at home. Sporting Kansas City, on the other hand, is yet to win on the road this season. So far this season, they have lost six of their seven road games.  Such a run is terrible, and we can’t see it ending well for them.

Earthquakes have also leaked goals in an alarming manner at home, so we should expect goals from both teams. Based on the information above, we believe the San Jose Earthquakes will defeat Sporting Kansas City when the two teams meet on Sunday. 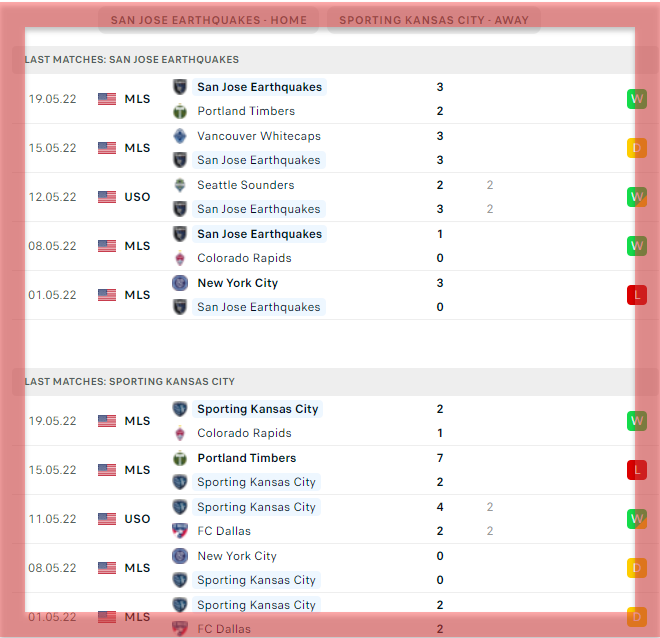 Our Prediction : Over 1.5 Goals