Saint-Etienne vs Reims – Preview, and Predictions

Saint-Etienne vs Reims – Neither Saint Etienne nor Reims have been in good form so far this season. On Saturday evening, both of these teams will face off in a Ligue 1 match at Stade Geoffroy-Guichard. Saint Etienne is now in relegation danger. They’ll be aiming to find a location outside of it before the season ends. They have a chance to avoid relegation to Ligue 2 with three games remaining.

In their most recent league match, Saint Etienne were defeated 2-0 by Rennes on the road. They have now gone three games without a win in the league as a result of that loss. They will be trying to snap their current winless streak with a victory in the upcoming home match.

Reims, on the other hand, is in 12th place in the league table with 43 points. They’ve had a string of inconsistencies in the league recently. Their overall appearance is also similar. In their most recent league match, Reims were defeated 1-2 at home by Lens. It was their sixth loss in their last eight league games. They will not get anything from such a set.

Saint Etienne’s recent form appears to be adequate given their current place on the table. They have improved from their overall season performance. Reims, on the other hand, appears to be in good form on the road lately. They have won four of their last six league games away from home.

Their head-to-head record, on the other hand, does not match their recent league records. In the history of this head-to-head matchup at this venue, Saint Etienne has never lost against Reims. After considering all of the aforementioned data, we’ve decided to back Saint Etienne to beat Reims. From the looks of it, we’re in for a fierce battle. 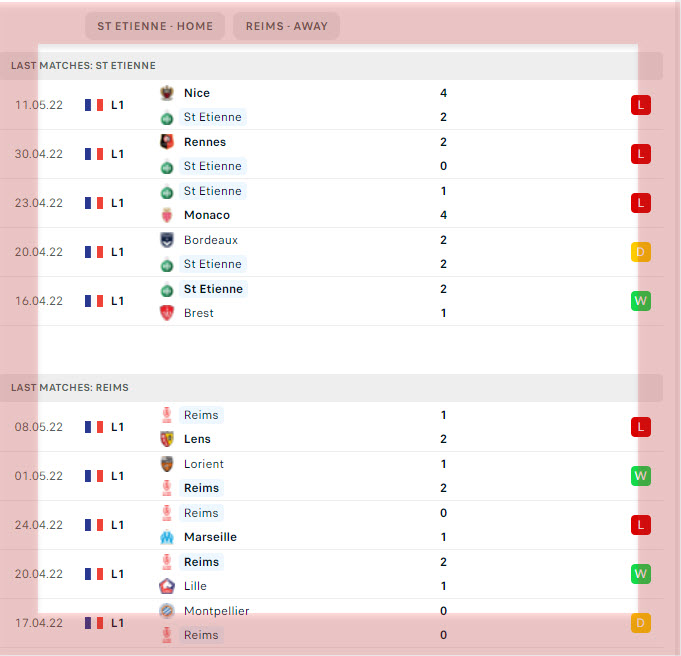