In that contest, RSC Anderlecht had 59% of the possession and 6 of their 21 shots on goal were successful. The goals were scored by Julien Duranville (71′) and Fábio Silva (85′) for RSC Anderlecht.

In their last six games, RSC Anderlecht under Felice Mazzù have scored a total of seven goals. In contrast, throughout that time they have allowed six goals to be scored against them.

Silkeborg IF and their travelling supporters will be hoping for a better outcome in this one after losing their previous Superliga match against FC Copenhagen.

It is important to note that Silkeborg IF have only scored four goals in their last six games, failing to score in four of those games.

In those games, De Rde has also observed an equal number of goals from the opposing teams. Leaving historical outcomes aside, we must now wait and see if the trend will continue in this game.

Only one fitness issue needs to be addressed in a team that is otherwise fully healthy for Silkeborg IF manager Kent Nielsen to be concerned. Gustav Dahl won’t be playing because of a concussion. 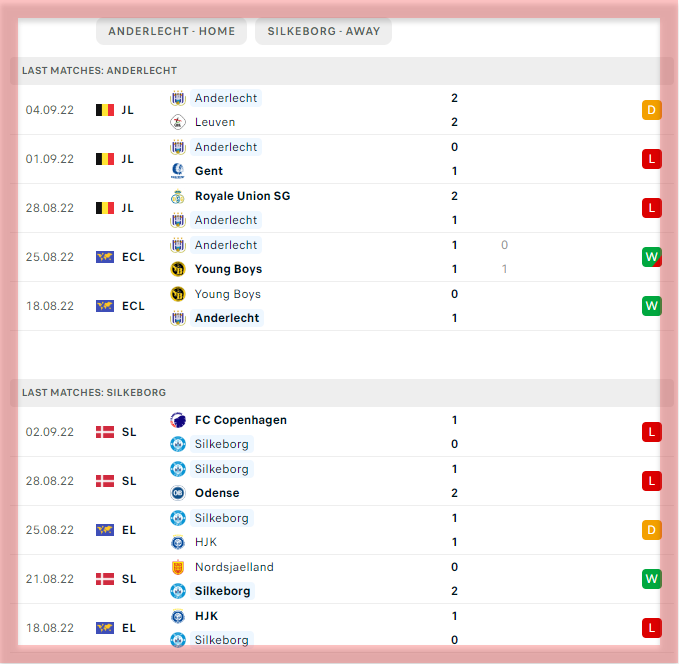