Rotherham vs Reading – Preview and Prediction

Rotherham vs Reading – In the most recent League One season, Rotherham was in fantastic shape. They successfully defended their second-place finish in the standings to advance to the Championship match.

The previous season, they also had a strong offensive and defensive lineup. Reading, however, struggled during the previous Championship season. As a result, they were placed at position 21 on the standings.

They were within four points away from being demoted, but they avoided it thanks to the differential. Additionally, Reading has a nine-game winning streak versus Rotherham.

In three of the last five head-to-head matches between these two teams, the both teams to score option was successful. Reading won 0-1 in their most recent meeting at this location.

After the League One season of 2021–2022, we can see Rotherham participating in a series of friendlies. In those preseason friendlies, they competed against teams like Crewe,

Doncaster, Mansfield, etc., and they were successful in recording victories. Their undefeated records with League Two teams won’t mean much in this situation.

In the first match of this Championship season, they opened at home with a 1-1 draw against Swansea. Rotherham has now played three home games without losing. Additionally, they have triumphed in three of their last five home games overall.

Up the other hand, Reading put on the same lacklustre performance they did last season throughout a series of friendlies. They largely had no victories in them. After such a streak, they lost to Blackpool to open this Championship season.

The previous season, Reading’s road performance was atrocious. They have recently lost three straight away contests, excepting their most recent friendlies.

Given the aforementioned data, we anticipate Rotherham to win their Championship match against Reading on Saturday.

Rotherham vs Reading – Head -to- Head 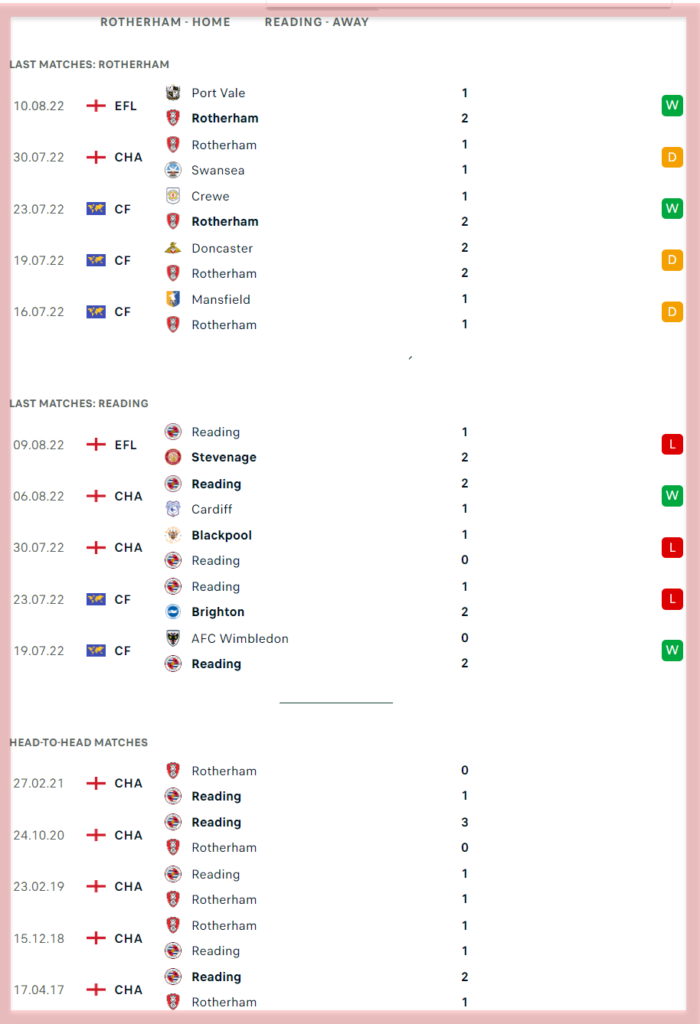