River Plate vs Cuiaba – El Dorado’s results have been all over the place because the season just started. The team seems to be getting more and more comfortable, which is different from their opponents, who started their league before the Brazilians did. For us, Cuiaba will win at home against River Plate, but it won’t be easy.

Both Cuiaba and River Plate aren’t scoring as well as they could be. In their last three games, Brazil has only scored two goals, while Peru has only scored one. Because of this, we think the game will end quickly, with no more than two goals scored after kick-off.

This year, between the Copa Sudamericana and the Brazilian First Division, El Dorado’s defense has only let in three goals. River Plate hasn’t scored a goal in the South American Cup yet because its offense isn’t very good.

We think Cuiaba will have a clean sheet and River Plate won’t score for the first time on match day 3.

After their last loss to Racing in the Copa Sudamericana, the Brazilian team has been focusing on tournaments in their own country. Since they got off to a good start in the Brasileirao, they are now in fourth place, just one point behind the leader.

River Plate is the worst team in Group B and hasn’t scored a single goal. Their next challenge will be to beat them.
In their last three games, River Plate hasn’t had much luck. They’ve lost once and tied twice. In their last game, against Danubio, they failed to score the first goal. Both teams had chances to score, but they missed them.

For the visitors not to be kicked out of the continental tournament too soon, they must get points in Brazil. 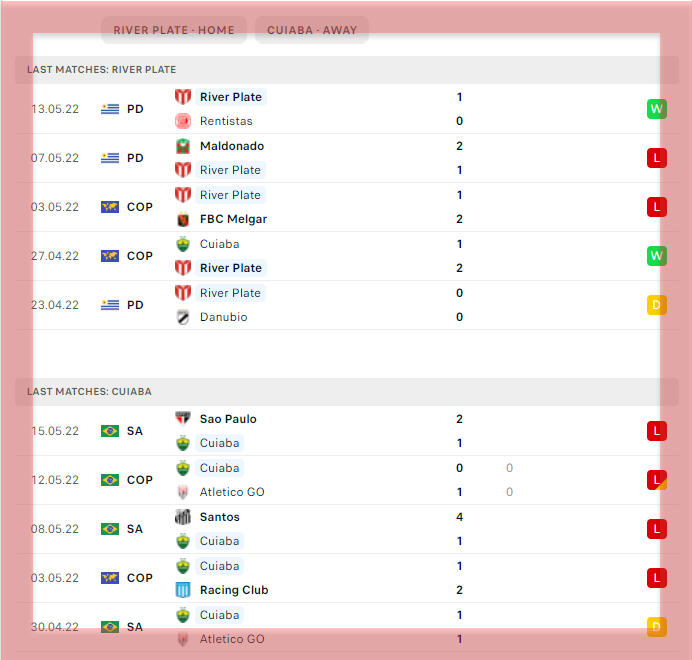