River Plate vs. Colo-Colo- River Plate needs a point at Colo-Colo on Thursday to reach the knockout stage for the ninth straight season.

Los Millionarios are unblemished in round-robin play and lead Group F with 10 points. Chile’s league leaders are three points behind in second.

River Plate are in a good position to make the final 16, but it hasn’t been easy. In their last two group games, they passed below 80% against Colo-Colo and Fortaleza.

Marcelo Gallardo has done a fantastic job since taking over this team and is one of South America’s most sought-after managers. His free-flowing, combination-focused football is a joy to watch.

The former Argentine offensive midfielder likes to generate overloads to one side of the field, which has allowed his team to have plenty of isolations and 1V1 situations.

If they can hold their remaining two opponents scoreless for 90 minutes, it will be the fewest goals they’ve allowed at this level of the competition since 1990, when River just allowed one (Independiente).

Los Albos finished last in the Copa Libertadores in 2020 with six points.

This season, they are on a roll domestically, leading the league with 27 points and only one defeat in their last nine games. However, in this competition, they have only one point in their last two matches.

They have a methodical approach and aren’t in a hurry to score, so we expect them to try to frustrate the great Nunez team.

It’s been 14 years since they won three points against an Argentine team, however none of those seven wins were away from home.

Gustavo Quinteros’ team has been guilty of not putting opponents away when they had the chance.

They drew 1-1 with Alianza Lima and barely won their previous two group games by 2-1, surrendering late to bring up tense final minutes. 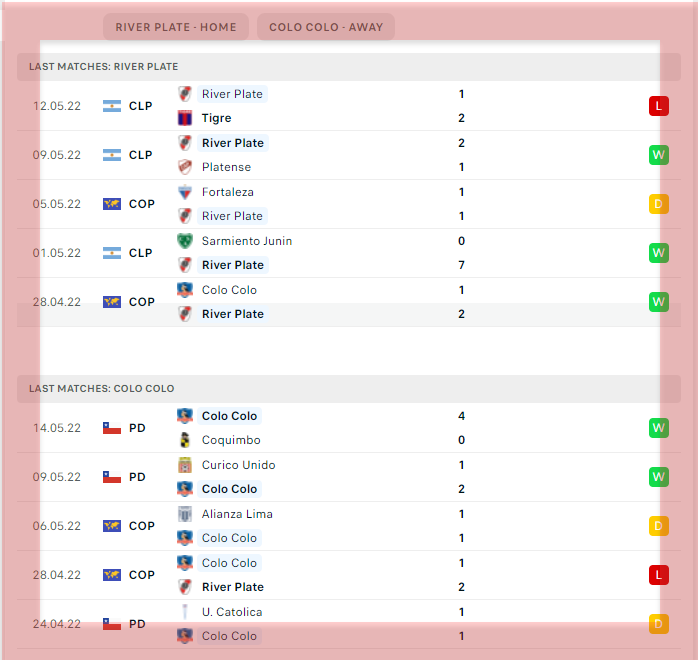