Atletico Tucuman drew 1-1 with Colon in the Superliga last time around. With nine goals in their last six games, they’ve been a force to be reckoned with. There are no doubt going to be a lot of favourable reactions from their manager, Lucas Pusineri.

River Plate, on the other hand, is 20th in the standings and has a game in hand after their first match of the season. This is their first game since losing one of their last nine matches in various tournaments. The hosts won five of those and are now on a three-game winning streak.

After a scoreless draw with Defensa y Justicia, River Plate is ready for this match. High-scoring matches between them have been more common recently, making them thrilling to watch. In their last six meetings, both teams have netted a total of 21, with 16 of those goals going to the hosts.

River Plate is currently unbeaten in three games across a variety of venues for the first time in their history. Moreover, they’ve been impressive at home, where they’ve won their previous two games and scored a combined total of 12 goals. Atletico Tucuman, on the other hand, has drawn its last four games 1-1. They haven’t won an away game in any competition in almost 15 games.

We expect River Plate to prevail at home, where they have a dominant record. In addition, both teams must be able to score at the same time. 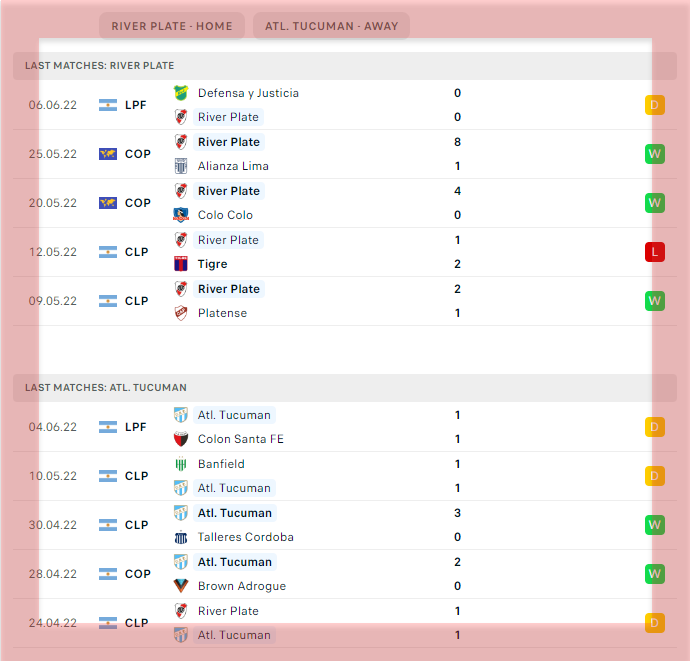