Rennes vs Lorient – Preview, and Prediction

Rennes vs Lorient -Rennes’ failure to qualify for the UEFA Champions League the previous time around was only due to a weak season’s end.

Bruno Genesio’s team finished the season three points behind third-placed Monaco due to a slight drop in performance in the final matches.

However, Rennes was able to hang onto the most of their team from the previous year as well as their outstanding head coach.

As a result, they must be seen as real competitors for the European berths in the forthcoming 2022–2023 season, and perhaps even for the Champions League spots if things go well.

When Rennes hosts teams like Lorient on the first day of the tournament on Sunday afternoon at Roazhon Park, they will have a fantastic opportunity to start out on the right foot.

When Lorient last visited Roazhon Park four months ago, they conceded five goals in a row. There isn’t much to imply that this time will be significantly different because it’s hard to imagine how the hosts could mess up in this situation.

Rennes has the advantage in terms of form, quality, and H2H record. Therefore, given these circumstances, we will pick the 2.00 odds offered for the hosts to win by a score differential of two or more all day long.

In addition to their superior talent, Rennes also has history on their side. Over the course of their last 20 head-to-head meetings with Lorient at Roazhon Park, the hosts have won 14, drawn 4, and lost just twice.

However, Lorient just avoided being demoted to second division football, and they haven’t done anything to signal a better future this time around. 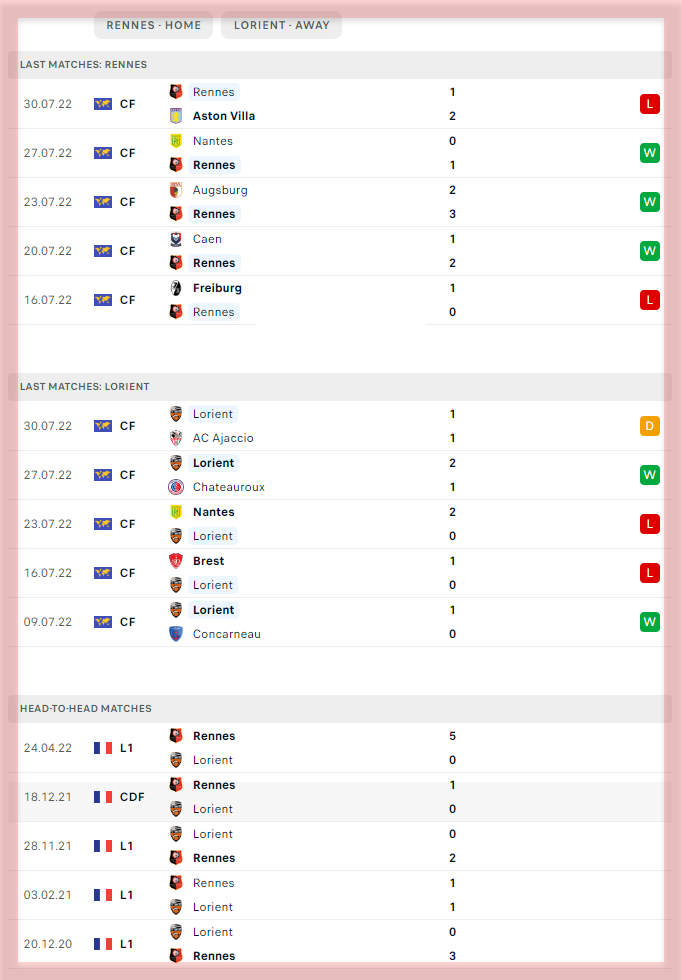