Reims vs RC Lens -Reims will look to build on their last performance, which saw them defeat Angers SCO by a score of 2-4 in Ligue 1.

Angers, on the other hand, had 10 shots total, with 3 of them finding the target. For Angers SCO, goals were scored by Sofiane Boufal (59′) and Adrien Hunou (67′).

Reims has scored in each of its last six games, a streak of six straight games with at least one goal. During that time, they’ve totaled 11 concessions, for a grand total of 15.

Whatever the case, we’ll simply have to wait to see if this pattern holds true for the forthcoming game. After defeating FC Lorient 5-2 in their previous match in Ligue 1, RC Lens enters this contest with a winning record.

RC Lens has been scored against in 5 of their previous 6 games, giving up a total of 8 goals, according to their recent performance. RC Lens can undoubtedly play much better defence.

Florent Duparchy and Kaj Sierhuis are both out of commission for Reims manager scar Garca due to a fractured jaw and cruciate ligament rupture, respectively.

In our opinion, Les rouges et blancs will most likely play the match utilising the 3-5-2 formation, with players such as Patrick Pentz, Yunis Abdelhamid, Maxime Busi, Martin Adeline,  and Arber Zeneli in the starting lineup. 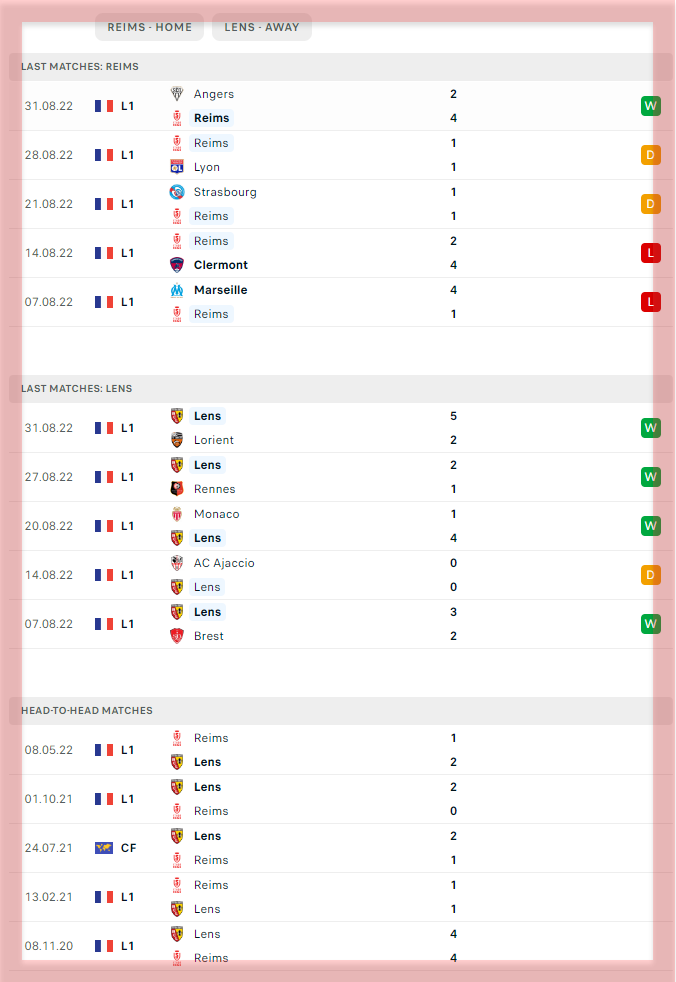