Reggina vs Benevento – Preview, and Prediction

Reggina vs Benevento -Reggina were going through a rough form during October, however they made amends as they remain unbeaten this month. They will aim for their ninth win of the season as they will host Benevento at Stadio Oreste Granillo.

Three back-to-back victories have helped the host move to the second position on the table. In their most recent match, they defeated Venezia by 2-1.

The team is in great shape as they picked up four points against Genoa and Cagliari combined. Also, they have only lost four times this season.

Meanwhile, Benevento picked up three important points as they defeated SPAL by 2-1. They had an advantage as SPAL were down to ten men after the 62nd minute of the game. Moreover, this is their third win of the season.

The host have a good winning record at Stadio Oreste Granillo this season. They have won four of their last five home games, The visitors have a difficult journey ahead of them if they wish to reach within the top half of the table.

Reggina vs Benevento – Head to Head

The visitors are on a six-game winning streak against Reggina and the last two meetings at Stadio Oreste Granillo have ended in a victory for the current visitors, Benevento have scored over 2.5 goals in their last two consecutive head-to-head meetings.

This upcoming fixture is crucial for Reggina. If they secure a win they will move closer to the top of the table, By the looks of things, we can expect the visitors to win this fixture as they have an excellent winning record against Reggina.

Therefore, our prediction is that Benevento will score over 2.5 goals – at 11.00 odd. The main reason for this tip is that the visitors have an excellent winning record starting from 2014. Also, they have scored at least three goals in their last three meetings against Reggina.

Also, our next tip for this game is that Benevento will keep a clean sheet – at 4.00 odd. At Stadio Oreste Granillo the visitors have kept a clean sheet in their last two meetings against this side. 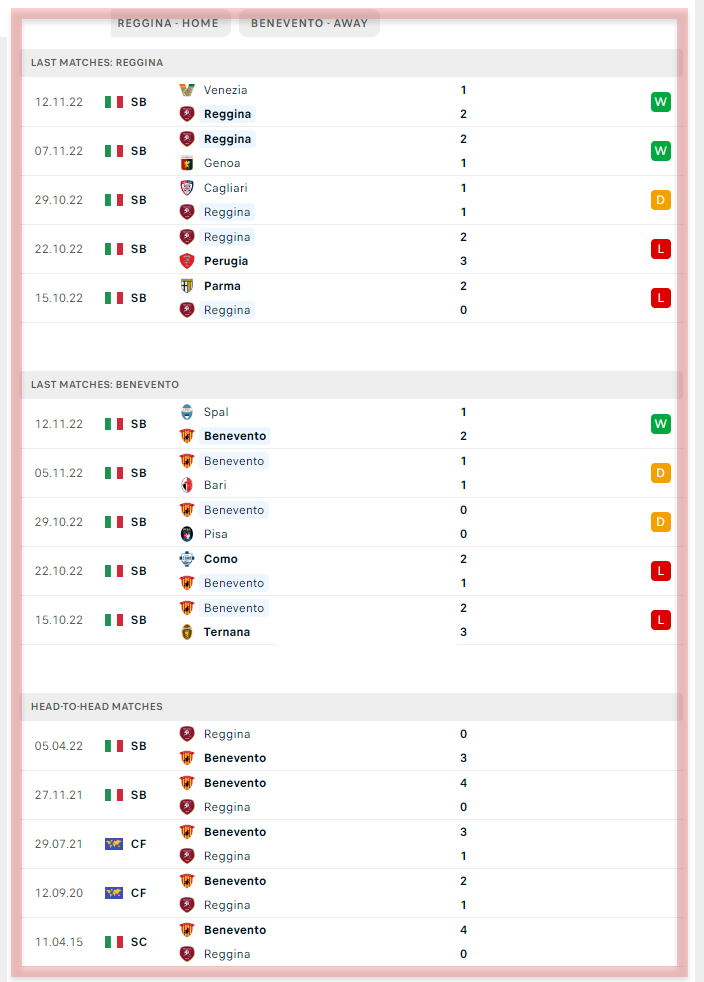