Aleksandar Pei and Guélor Kanga scored goals for Red Star Belgrade in the 27th and 40th minutes, respectively. On goal, Maccabi Haifa made 16 tries with 5 of them being successful at the other end. For Maccabi Haifa, goals were scored by Frantzdy Pierrot (18′, 51′), and Tjaronn Chery (61′).

In the last six games that Maccabi Haifa have sent out their warriors, we have seen goals 21 times, resulting in a mean average of 3.5 goals per match, indicating their engagement in exciting games.

Five of these have been managed by the opposing sides. Of course, there is no guarantee that this pattern will continue throughout the game. Dejan Stankovi, the manager of Red Star Belgrade, doesn’t have any notable fitness worries heading into this match because his team is totally healthy and prepared.

Barak Bakhar, the manager of Maccabi Haifa, must cope with numerous scheduling conflicts. Raz Meir (hip injury) and Mahmoud Jaber (femoral fracture) are not healthy enough to be chosen.

We believe Maccabi Haifa should have enough opportunities to score against Red Star Belgrade, but that won’t likely be enough to keep them from losing. After 90 minutes, Red Star Belgrade has a 2-1 advantage. This could easily go either way. 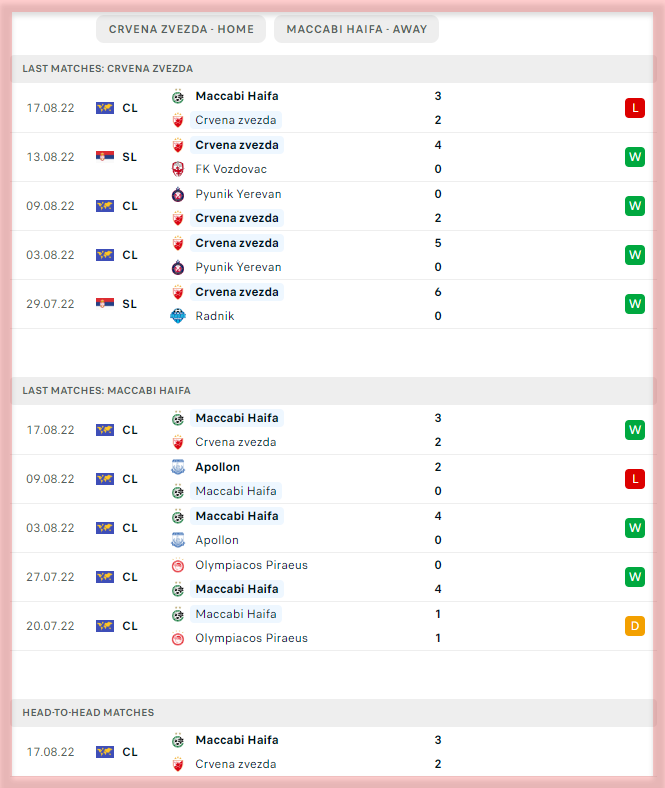